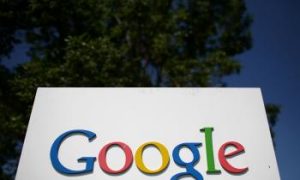 Corporate Reputation and the Bottom Line
0

By David Sabatini
Print
Two Americans arrested by Syrian government security forces during the recent unrest have been released, the U.S. State Department confirmed on Friday.

State Department spokesperson Mark Toner said at a news briefing that officials have been in touch with the two men and can confirm their release but said nothing more. “Due to privacy considerations, I can’t provide any further information,” said Toner. The U.S. was never granted consular access during the men's detention.

The two men were identified as Egyptian-American engineer Muhammad Radwan, 32, from Austin, Texas, and Middlebury College student Pathik “Tik” Root, 21, who was studying Arabic in Syria.

Senator Patrick Leahy (D-Vt.), who had been working closely on Root’s case, released a statement on Friday announcing that “after two anxious weeks punctuated by deft diplomacy and patience,” Root had been released.

Root disappeared on March 18, two days after protests in Syria began. Middlebury College president, Ron Liebowitz, on a special page for Root on the college website, stated that he did not believe the student had been part of the protests themselves. Rather, he believes that police who were clearing away bystanders, arrested Root, along with others, from the periphery.

Prior to going to Syria, Root had been studying in Egypt where he got caught up in the protests there that led to the overthrow of President Hosni Mubarak. According to Middlebury Magazine, Root’s video footage and photographs from Alexandria were shown on CNN and other media.

Radwan was last heard from on March 24 when he tweeted from Umayyad Mosque in downtown Damascus, according to a website set up by his cousin Tarek Shalaby. Umayyad Mosque has been the main site of protests and clashes in Damascus.

Radwan was accused by Syrian security of espionage. He appeared on Syrian state television station SANA on March 26, apparently confessing to having visited Israel in secret and to being paid by someone from Colombia for photos and videos of the protests.

According to Shalaby, the accusations are completely unfounded. “[T]his is all a complete falsehood, as he is an engineer working in a family business office for about nine months now and spends substantial time in Cairo.

“He is also a frequent traveler who had spent about a year backpacking through Central and Latin America and therefore carries a passport with many visa stamps.”