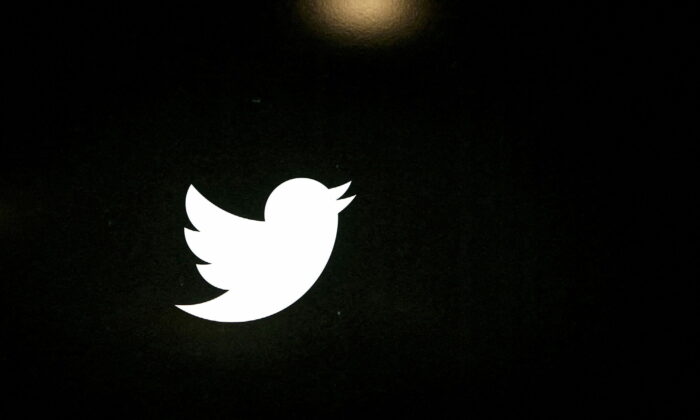 The Twitter logo is seen at the company's headquarters in San Francisco, on Oct. 4, 2013. (Robert Galbraith/Reuters)
Big Tech, Censorship, and Socialism

In its latest effort to stamp out criticism of radical LGBT ideology on its platform, Twitter on Monday suspended Moms for Liberty for calling out “predatory adults” who back a bill that would encourage young children to be brought to California for transgender treatment.

Moms for Liberty, a parental rights advocacy group that recently held its first national summit in Tampa, Florida, wrote on Twitter that gender dysphoria is “being normalized by predators across the USA.”

“California kids are at extreme risk from predatory adults,” the now-removed post reads. “Now they want to ‘liberate’ children all over the country. Does a double mastectomy on a preteen sound like progress?”

The post was referring to a bill introduced by California state Sen. Scott Weiner, a San Fransisco Democrat, to fight against what he called “brutal attacks on transgender children” in states that restrict minors from receiving “gender-affirming care” such as puberty blockers, hormone therapy, and sex-reassignment surgery. Some states, notably Texas, consider such irreversible procedures as a form of child abuse when they’re performed on someone too young to fully understand the consequences.

If passed, the bill would effectively prevent California from extraditing individuals charged for breaking another state’s law related to putting a minor into medical gender transition. Specifically, California’s law enforcement agencies must flag out-of-state criminal arrest warrants as “the lowest priority” and not “intentionally participate” in the arrest of wanted persons if it involves “gender-affirming care.”

Supporters of the measure said it would establish California as a “trans refuge” for children who may not otherwise obtain “gender-affirming care” without their parents’ approval.

Twitter, which has been on a spree of punishing accounts for criticizing “grooming” behavior in pro-LGBT activism, promptly blocked the Moms for Liberty from the site. The California-based platform claimed the post had engaged in “hateful conduct,” or the promotion of violence on the basis of gender and gender identity.

The suspension of Moms for Liberty comes after James Lindsay, a vocal critic of progressive ideologies, was banned for saying “ok, groomer.” Podcast host and YouTuber Tim Pool was also locked out of his account for saying “Twitter actively protects and supports pedophilia.”

The Daily Dot, a progressive-leaning online publication, reported last week that Twitter is actively banning users who refer to people as “groomers” on the site. The term “groomer” has recently gained much popularity in usage among conservatives, who use it when discussing adults who expose young children to highly sexualized drag queen performances or teachers discussing inappropriate things of a sexual nature with their students.

In a statement to the Daily Dot, Twitter said that using the term “groomers” violates the platform’s “hateful conduct” policies.

“We are committed to combating abuse motivated by hatred, prejudice, or intolerance, particularly abuse that seeks to silence the voices of those who have been historically marginalized. For this reason, we prohibit behavior that targets individuals or groups with abuse based on their perceived membership in a protected category,” Lauren Alexander, Twitter’s health product communications lead, told the Daily Dot.

“Use of this term is prohibited under our Hateful Conduct policy when it is used as a descriptor, in context of discussion of gender identity.”

This was not the first time Moms for Liberty experienced censorship from a major social media platform. In January, Facebook flagged 22 Moms for Liberty chapter groups for “community violation,” prohibiting them from “posting basic information about local government operations such as school board meeting times, or questions about student textbooks.” Its national page was also restricted from posting because of alleged “security reasons.”