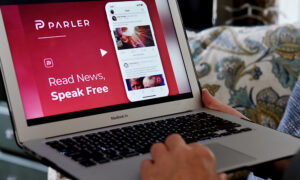 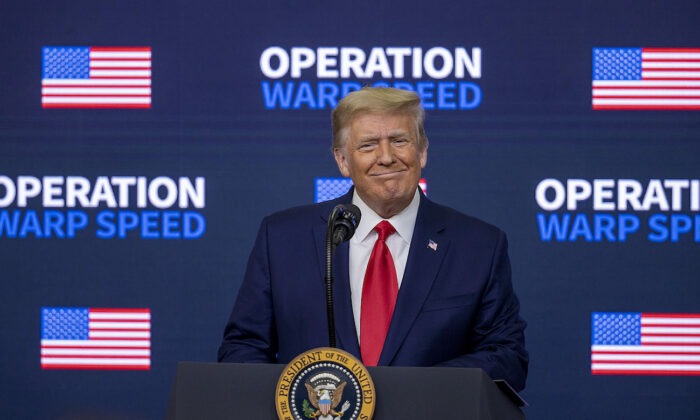 Twitter on Saturday briefly restricted comments, likes, and forwarding options on a series of posts from President Donald Trump, in which he claims that he had won the “legal vote” and the election was stolen from him through widespread fraud.

In one of the three posts on Saturday morning, Trump responded to the Supreme Court’s decision to dismiss a Texas lawsuit challenging election results in Georgia, Pennsylvania, Michigan, and Wisconsin. Texas claimed that the pandemic-related changes the four battleground states implemented to their election procedures were illegal, and asked the Supreme Court to block them from casting “unlawful and constitutionally tainted votes” in the Electoral College.

“This is a great and disgraceful miscarriage of justice,” Trump wrote. “The people of the United States were cheated, and our Country disgraced. Never even given our day in Court!”

In another post, Trump said he had “won the election in a landslide” if only “legal votes” were counted. He then wrote in a separate post that two Republican governors, Brian Kemp of Georgia and Doug Ducey of Arizona, fought alongside his Democratic opponents to allow votes to be stolen from him.

“Who is a worse governor, @BrianKempGA of Georgia or @dougducey of Arizona???” Trump wrote. “These are two RINO Republicans who fought against me and the Republican Party harder than any Democrat. They allowed states that I won easily to be stolen. Never forget, vote them out of office!”

All three posts were affixed a warning label, reading “This claim about election fraud is disputed.” The like and forwarding functions were also disabled on those posts. When users attempt to forward or “like” the posts, a message would pop up, reading, “we try to prevent a Tweet like this that otherwise breaks the Twitter Rules from reaching more people, so we have disabled most of the ways to engage with it.”

The latest move to restrict the spread of Trump’s speech on Twitter comes after the president and allies vowed to dismantle Section 230 of the 1996 Communications Decency Act, which guarantees that social media companies such as Facebook, Twitter, and YouTube can’t be sued in American courts because of the user-generated content, so long as they’re not considered publishers.

Critics of the social media giants say that they do act as publishers when they censor certain users or topics, and use fact-checking power to label content they don’t like as misinformation.

“It’s essentially a shield that is given to social media networks because they claim to be the public square,” White House press secretary Kayleigh McEnany said at a press briefing. “And when you’re a publisher, there are certain responsibilities with that. You should not be immune from liability.”