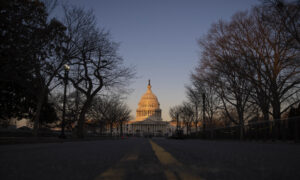 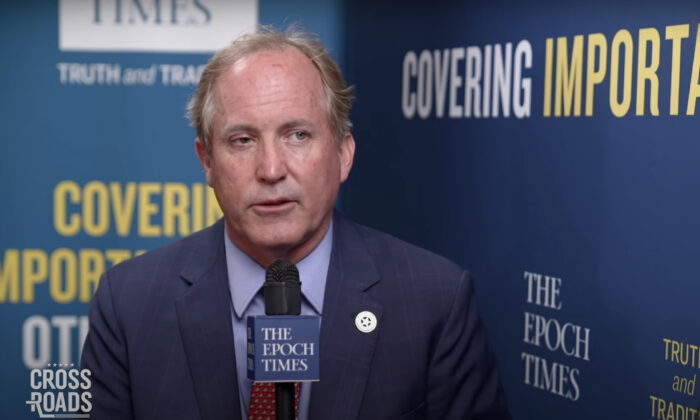 Texas Attorney General Ken Paxton during an interview with The Epoch Times' "Crossroads" at the Conservative Political Action Conference in Orlando on Feb. 27, 2021. (The Epoch Times)
CPAC 2021

Texas Attorney General Ken Paxton has suggested that Big Tech firms should be treated like utility or phone companies in terms of regulation.

Over the past several years, there have been calls for the federal government to regulate Facebook, Twitter, Google, Amazon, and other Big Tech firms, as these companies can exercise great control over what can and can’t be discussed on their platforms. Some conservatives, including former President Donald Trump, have said Section 230 of the Communications Decency Act of 1996 should be repealed or at least changed, while others have said that Big Tech companies have violated antitrust laws and have pursued monopolistic practices.

Paxton, a Republican, told The Epoch Times’ “Crossroads” program on Feb. 27 that these companies “control the entire platform” and can choose who to keep or who to cancel.

“And so there is no other choice other than” to regulate them, he said, suggesting they be regulated like a utility company.

These firms “have to provide power to everybody, because you’re the only choice,” Paxton said.  “Normally, I’d say … a private company can do what they want, and consumers have choices.”

But in terms of social media, “consumers don’t have a choice, they have no choice,” he said. “And so we have to regulate that and make sure that free speech is not being controlled by a few very wealthy tech people.”

In the wake of accounts being suspended or posts being deleted by moderators on Facebook or Twitter, there have been arguments that conservatives should instead create their own social media platforms. However, with Parler being taken down by Amazon Web Services and being deleted from Apple’s App Store and Google’s Play Store, some have argued that it’s a sign these companies hold too much power. Another alternative social media platform, Gab, suffered similar blows several years ago after a mass shooting suspect posted his intentions to open fire at a Pittsburgh synagogue. As a result, Gab was forced to create its own payment processor and host its own servers.

When applying the term “public utility” to social media, it implies that these websites are public necessities and as a result, should be regulated by the government. These companies are being increasingly viewed as vital for living in an interconnected world; some have argued that living a successful life would be difficult without them.

Paxton also said that his office is investigating five companies “related to the whole issue of the president being deplatformed” last month.

In mid-January, Twitter, Google, Facebook, Twitch, and others suspended Trump’s accounts following the Jan. 6 breach of the Capitol. Twitter executives later said that Trump likely will never be able to return to the social media account.

But Trump, who favored Twitter to make announcements and voice his frustrations, said recently that Twitter has “become very boring” and suggested that “millions of people are leaving.”