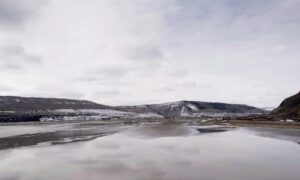 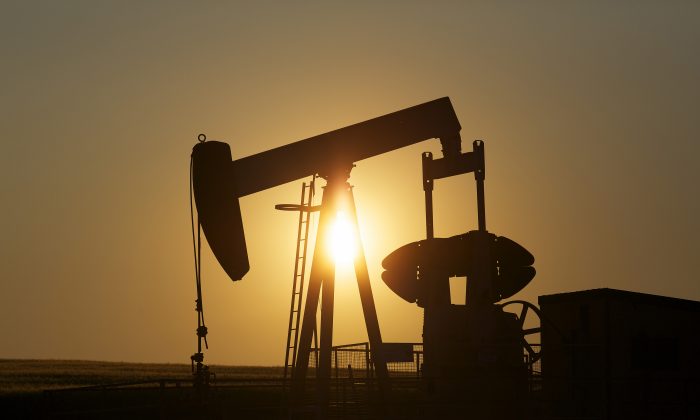 An oil pump jack pumps oil in a field near Calgary, Alberta, July 21, 2014. With record low oil prices and President Obama signalling he will veto a republican push for the Keystone XL pipeline, the sun could be setting on Canada’s energy export prospects. (REUTERS/Todd Korol)
Canada

Twists and Turns of Pipeline Politics

The saga of Canada’s land-locked oilsands has a certain parallel to an old Chinese story.
It goes like this: A farmer has a prized horse. One day the horse runs away. The farmer’s neighbours console him, but he replies indifferently, “That’s life.”

One day the prized horse returns, bringing a beautiful wild horse with it. His neighbours all congratulate him for his good fortune, but he replies indifferently, “That’s life.”

Soon after the farmer’s oldest son falls off the new horse, breaking his leg. Again the neighbours come to console the farmer, but he remains unmoved. “That’s life,” he says.

A few weeks later war breaks out and all able-bodied men are conscripted. The farmer’s son is left behind and is one of the few young men not killed in the war. The neighbours praise the farmer’s luck, but he just says, “That’s life.”

The story reveals that sometimes its hard to tell whats a benefit or loss without the context of events still at play.

Alberta’s conventional oil is a bit like that prized horse. Conventional crude production has dwindled to less than a quarter of Alberta’s oil production. But production came back with the oilsands, a wild but lucrative resource.

But unlike that farmer, Prime Minister Stephen Harper and his Conservative government have been anything but indifferent to the gift horse.

Some even blame Harper’s zealous efforts to get oilsands crude to market for the plethora of challenges facing every pipeline now being proposed.

This week, an article in Maclean’s teased on its front page: “Blame Harper: How Canada’s energy dream died.”

The five-page article inside, titled “Oil’s worst enemy,” argues that “in trying to promote the industry and protect it from emissions regulations, the Harper government has done more harm than good for Canada’s pipeline efforts.”

Essentially, says author Chris Sorensen, Harper’s unrestrained enthusiasm for the oilsands and refusal to put a price on carbon or take other measures to appease climate change concern has galvanized environmental opposition.

Some even blame Harper’s zealous efforts to get oilsands crude to market for the plethora of challenges facing every pipeline now being proposed.

The result: pipelines planned to ship Alberta’s oilsands bitumen face powerful opposition. Enbridge’s Northern Gateway and Kinder Morgan’s Trans Mountain pipelines have spurred protests in British Columbia, and TransCanada’s Energy East pipeline to Quebec and New Brunswick has also faced serious challengers, though the Quebec Energy Board did give the project a thumbs up on Wednesday. And then there’s Keystone XL.

What if Harper hadn’t tried so hard to get Keystone approved? What if he had been more careful to appease critics, or hadn’t made his government quite the bitumen booster it’s been?

Canada could have stayed in Kyoto, but the PM would be facing censure for blowing past emission reductions that were already 30 percent over target when he took power from Paul Martin’s Liberals.

And a nod towards climate change regulations would have made it easier for President Barack Obama to defend and pass the pipeline, but could have offended Harper’s Alberta base.

As it stands now, the White House has said it is ready to veto any bill to pass the pipeline if the Republicans try to push something through before a Nebraska court case about the pipeline is settled. That decision could come Friday, however.

But even if Keystone were passed, North American oil producers would still be crippled by plummeting oil prices.

High oil prices were a boon to the industry, leading companies to innovate in expensive unconventional reserves.

But Canada’s oilsands and the U.S.’s oil shale wells are expensive. Shale oil needs somewhere between $60-$80 a barrel to break even, according to analysts with Scotiabank. Oilsands crude breaks even at the lower end of that spectrum.

Canadian investors who wanted to ride the wild horse of Canada’s oilsands are now getting bucked off.

And with U.S. fracking technology spreading to China, Russia, and around the world, other countries are learning to tap once-hidden reserves, adding further potential downward pressure on energy prices.

On Wednesday, the cost of a barrel of Brent crude dropped below $US50 for the first time since 2009, down from over $US100 in July. With Saudi Arabia able to produce oil at as little as $US10 a barrel, analysts are now talking about prices dropping as low $US20 a barrel.

But if those plummeting oil prices are a broken leg, maybe they can help investors stay out of a transport energy war, however unlikely one might be.

High energy prices had helped spur research and development in alternative energy and energy conservation technologies. The current collapse in pricing has hurt investment in those areas but it comes just after some of these technologies find footholds in the market.

A case in point is the nearly forgotten hydrogen fuel cell. Once seen as a promising technology, early hopes were dashed when fuel cells proved too expensive for mass production.

Development continued, however, and Toyota, which sells the fuel-cell powered Mirai, announced Monday it was releasing 5,680 patents it holds on hydrogen fuel cell and related technology for royalty-free use.

“We’re offering all of our 20 years of development to our competition. We think it’s the right thing to do,” said Bob Carter, Toyota’s senior vice president of automotive operations, at an impromptu press conference at the Consumer Electronics Show in Las Vegas.

Tesla, one of the few companies to successfully market an electric car, did the same last June with its technology patents.

While electric and hydrogen powered vehicles face major challenges, from the cost of batteries to the time to refuel, they are no longer economic science fiction. Costs continue to fall, and infrastructure like charging stations and hydrogen pumps spreads. It’s a trend expected to continue.

Then there are the slightly more far out technologies that could change everything, such as ultra capacitors that can store tremendous amounts of energy and render existing battery technology obsolete.

Lockheed Martin, meanwhile, is boasting about a fusion breakthrough that has the ever faithful fusion loyalists hopeful the days of energy scarcity could be coming to an end.

Breakthrough disruptive technology could be closer than we might expect. With two-thirds of oil production used to create transport fuels, any revolution there could wipe out massive investments in pipelines or production.

It might be a little far-fetched, but it’s not unthinkable. That’s life.