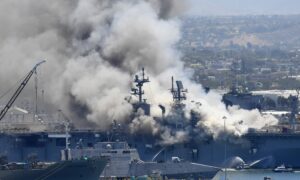 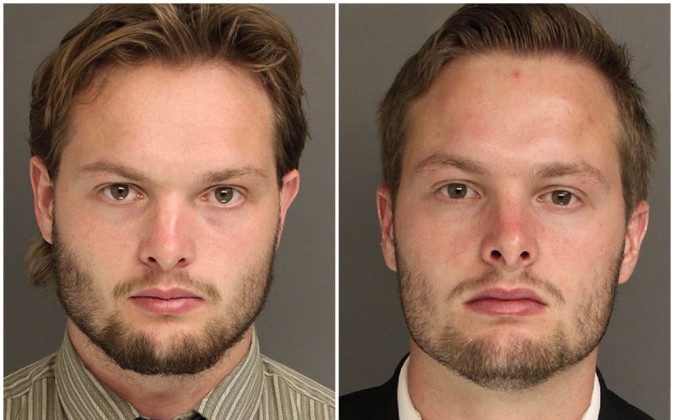 Caleb (left) and Daniel Tate, 22-year old twin brothers from Pennsylvania set off a series of explosions from homemade bombs, or 'IEDs' back in December of 2015. (Chester County District Attorney's Office)
Crime and Incidents

Twins Daniel and Caleb Tate, 22, from Pennsylvania have been arrested and are facing several charges after allegedly using stolen materials to fuel a 10-day bombing spree in December 2015, according to a Chester County District Attorney’s Office statement.

Luckily, no one was hurt or injured—but authorities say the explosives were strong enough to kill.

“We live in a world where the thought of bombs exploding around us is a very real fear. These defendants brought that fear to our region during a two-week crime spree where they detonated multiple IEDs. The Pennsylvania State Police and ATF [Bureau of Alcohol, Tobacco, Firearms and Explosives] did an outstanding job investigating this case and discovering who was responsible.”

“Improvised explosive devices are not harmless fire crackers. They are dangerous, destructive, and can be very deadly. ATF will continue to work together with our state and local partners to protect the public we serve by investigating and arresting those who criminally misuse explosives.”

The “IEDs” or ‘improvised explosive devices’ were crafted from propane torch tips, metal pipes, fuel canisters, and other items; items that the duo were caught on surveillance cameras stealing from several stores—also, charging some of the items used to a debit card in one of their names.

Both Daniel and Caleb had been home from their respective colleges—Pepperdine University in California, and Belmont University in Tennessee—on winter break, when they built, planted, and detonated the IEDs around Lancaster and Chester counties.

After an investigation by both the state police and ATF, it was determined the explosions took place within 12 miles in a rural area—those investigating were able to match Daniel’s fingerprint from electrical tape recovered at one of the scenes.

The brothers are being charged with arson by explosion, arson by possession of explosive devices, conspiracy, theft, and related charges.