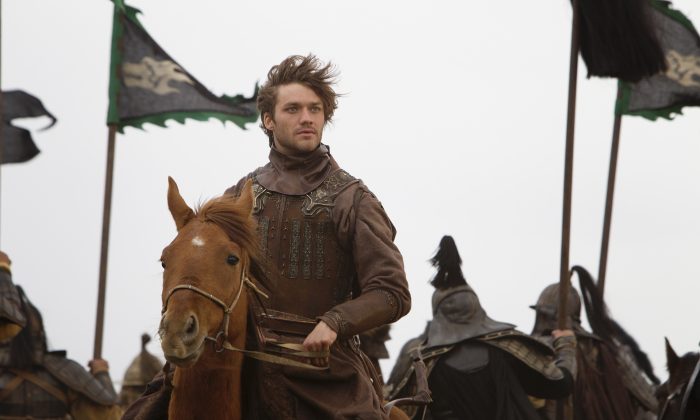 TV Review: Marco Polo, a ‘Latin’ in the Court of Kublai Khan, on Netflix

He wrote the equivalent of a bestselling memoir before the invention of Gutenberg’s printing press. Dozens of handwritten manuscripts of “Travels of Marco Polo” have widely circulated, making it rather difficult to determine the canonical truth of the celebrated merchant’s life. That might be frustrating for scholarly biographers and historians, but it rather takes the pressure off filmmakers dramatizing his life.

Before securing his fame and fortune, the young Venetian (or “The Latin” as he will often be called) finds an unusual place in the court of Kublai Khan, becoming enmeshed in a geopolitical struggle between two ancient dynastic powers in “Marco Polo,” an original 10-episode historical series premiering on Netflix this Friday.

Marco never knew his father, Niccolò, until the Venetian trader made a brief homecoming before setting off for Asia once again. Desiring a paternal relationship, the younger Polo invited himself along, but it is soon apparent that he is quite well-attuned to the rhythms and mysteries of the Eastern world, perhaps even more than his father and uncle.

In fact, the great Kublai Khan accepts Marco into his service, when Niccolò Polo offers to barter him in exchange for trading rights along the Silk Road. Of course, the son is quite put out by this, but his father promises to return, which he will, but maybe not in the manner he imagined.

Valuing Polo’s shrewd observations unclouded by courtly biases, Kublai Khan often dispatches the Latin to report on flashpoints within his empire. Not surprisingly, Polo’s favor rather displeases the Khan’s Chinese-educated son, Prince Jingim. Frankly, Polo is not exactly close to anyone in court, least of all the Khan’s trusted ministers.

However, he will develop something approaching friendship with Byamba, the Khan’s illegitimate son with one of his many concubines. Polo also becomes ambiguously involved with Kokachin, the Blue Princess, who is the last surviving noble of a conquered people, and Khutulun, the Khan’s independent-minded warrior niece.

Regardless of historical accuracy, writer-creator John Fusco spends enough time in the Khan’s harem to make the broadcast networks curse the FCC. As Mel Brooks would say, it’s good to be the Khan.

Yet, despite the hedonism depicted in “Marco Polo,” some of the strongest action figures are women. As Khutulun, Korean actress Claudia Soo-hyun Kim credibly wrestles men twice her size and projects a smart, slightly subversive sensibility. Olivia Cheng also displays first-class martial arts chops as Mei Lin, a Song concubine who infiltrates the Khan harem on the orders of her war-mongering brother, the villainous Imperial Regent Jia Sidao.

John Fusco, creator of the Netflix series “Marco Polo,” narrates a scene in which the 13th-century traveler enters the court of Kublai Khan:

Zhu Zhu’s Kokachin might be more demur, but she is still quite compelling, balancing her vulnerability with resoluteness. Of course, international superstar Joan Chen frequently upstages everyone as the iron-willed Empress Chabi.

Italian actor Lorenzo Richelmy holds his own as best he can amid the exotic locales and pitched battles, maintaining the necessary fish-out-of-water earnestness.

However, he is no match for the British Benedict Wong (son of naturalized Hong Kong parents), who absolutely dominates the series as Kublai Khan. Although he put on considerable weight for the role, it is his commanding presence that really seems huge. Likewise, Tom Wu is terrific delivering the goods for genre fans as Hundred Eyes, Polo’s blind tutor in the martial arts.

In the initial episodes, “Marco Polo” offers more intrigue than actual fist-and-sword action, but the martial arts melees increase as the series progresses, with the threat (or promise) of an epic war hanging over everyone’s heads. There is a lot of setting-the-scene in episode one, but it quickly sets the addictive hook in the second installment and reels in viewers from there.

“Kon-Tiki” directors Espen Sandberg and Joachim Ronning give the pilot an appropriate sense of mystery and sweep, which carries forth throughout the show. Based on the six episodes provided to the media, “Marco Polo” definitely seems to maintain its passion-fueled energy and richly detailed period production values.