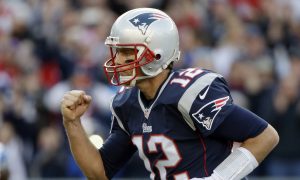 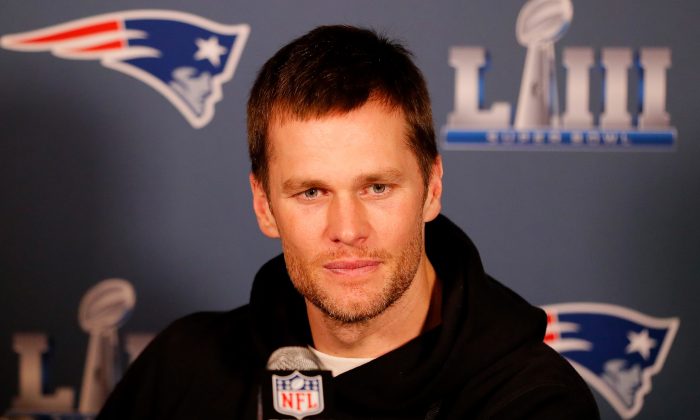 The CBS affiliate producer who was fired over airing a graphic that labeled New England Patriots star quarterback Tom Brady a “known cheater” spoke out to defend the move.

The graphic was shown on KDKA, a Pittsburgh affiliate, during the 4 p.m. newscast on Jan. 28.

“While fans are entitled to have personal opinions, we have a journalistic responsibility to provide unbiased reporting,” KDKA said in a statement obtained by Sports Illustrated. “The graphic that appeared Monday violated our news standards. The individual who created the graphic no longer works for KDKA-TV.”

KDKA didn’t name the producer but he appeared on CNN on Thursday to claim that the punishment was ” a little harsh.”

He said he did understand, though, why he was fired. “It was a little joke and it went too far,” he said.

“I was just trying to have a little fun, and it cost me,” Michael Telek said. “It was supposed to be a little wink and nudge. I didn’t know if I wanted to put ‘Giselle’s husband’ or ‘known cheater’ but I thought ‘known cheater’ would be funnier because of all the Deflategate stuff.”

Telek claimed that people in Pittsburgh despise Brady and “would burn his jersey” if they could.

Telek added that he personally thinks Brady is a great quarterback.

TV producer fired over writing graphic calling Tom Brady a “known cheater” says he was “just trying to have a little fun, and it cost me.” https://t.co/ftvzYxbhxq pic.twitter.com/7YkVPc3qKV

The former television producer said the reaction he’s been getting has been 95 percent positive and claimed that a number of Patriots fans got in touch to tell him they didn’t think he should have been fired.

Telek said that people have been offering him nonmedia jobs but he is holding out for another job in the media.

Asked if thought what he did would hold him back from getting another job in the news industry, Telek didn’t answer directly.

Telek also touted a fundraiser started by someone else that asked people to raise money for him.

The fundraiser on GoFundMe was titled “help the producer who made this graphic” and showed a picture of the graphic.

But Telek said on Twitter that once he lands a job, he will donate the money to a charity in Brady’s name.

People had mixed reactions to how Telek was acting following the firing.

An employee who screws around at work and harms a company’s reputation will surely be highly sought after.

“Dude, you did something you probably knew was wrong and now you are trying to monetize on the publicity. I don’t care if people think it’s funny or not (it’s not) you [expletive] around when your boss was on a big stage. U deserve to get canned and you’re a joke for making a gofundme,” one Twitter user said.

“An employee who screws around at work and harms a company’s reputation will surely be highly sought after,” added another.

“The joke is that you’re surprised you got fired,” added another.

“To everyone complaining about the gofundme I donated … putting ‘known cheater’ under Brady was hilarious. Lighten up,” added another.