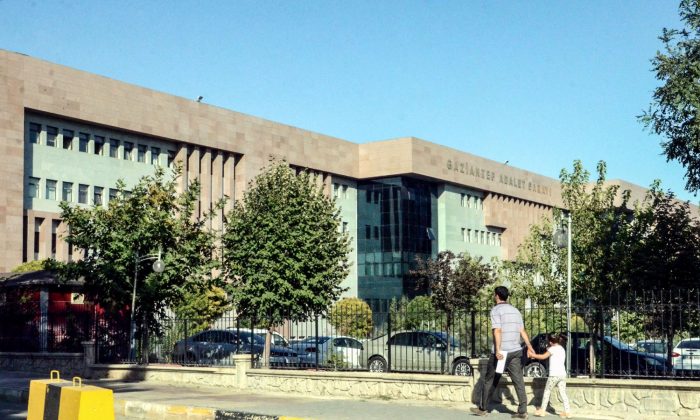 This picture is taken on September 28, 2017 shows a general view of the courthouse in Gaziantep, southern Turkey. An Australian jihadist detained by Turkey last year on charges of joining the Islamic State (IS) extremist group in Syria was on trial on September 28 on charges of membership of the organisation. Neil Prakash, who was detained one year ago in Turkey close to the Syrian border, is jailed in the Gaziantep region of southern Turkey. However his trial, which got underway earlier this year, is being held in the neighbouring Kilis region with Prakash being cross-examined via video link. (AFP/Getty Images)
International

SYDNEY—A Turkish court rejected an Australian request to extradite a citizen it believes is a top recruiter for the ISIS terrorist group, Australia’s foreign minister said on July 20, in a setback for Canberra’s efforts to prosecute him at home.

Melbourne-born Neil Prakash has been linked to several Australia-based attack plans and has appeared in ISIS videos and magazines. Australia has alleged that he actively recruited Australian men, women, and children and encouraged acts of militancy.

“We are disappointed that the Kilis Criminal Court in Turkey has rejected the request to extradite Neil Prakash to Australia,” Foreign Minister Julie Bishop said in a statement.

“We will continue to engage with Turkish authorities as they consider whether to appeal the extradition decision,” she said.

Australia had been pressing Turkey to extradite Prakash since he was first detained there nearly two years ago.

Australia’s Daily Telegraph newspaper reported from Kilis that Prakash was initially ordered to be freed but was later charged under Turkish law with being an ISIS member.

A spokesman at Turkey’s foreign ministry in Istanbul had no immediate comment and the Turkish embassy in Australia did not respond immediately to a request for comment.

Ties between Turkey and its allies fighting ISIS, particularly the United States, have been frayed by Washington’s support for the Syrian Kurdish YPG militia, which Ankara regards as a militant group.

Canberra announced financial sanctions against Prakash in 2015, including anyone giving him financial assistance, with punishment of up to 10 years in jail.

The Australian government wrongly reported in 2016, based on U.S. intelligence, that Prakash had been killed in an air strike in Mosul, Iraq. It later confirmed that Prakash was detained in Turkey.

Australia raised its national terror threat level to “high” for the first time in 2015, citing the likelihood of attacks by Australians radicalized in Iraq or Syria.

A staunch ally of the United States and its actions against ISIS in Syria and Iraq, Australia believes more than 100 of its citizens were fighting in the region.