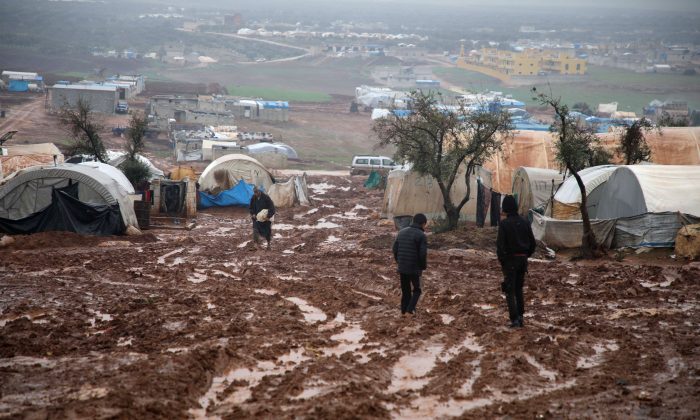 ISTANBUL—Nearly 300,000 Syrians have returned to their country after Turkey’s two cross-border operations in northern Syria, Interior Minister Suleyman Soylu was quoted as saying on Dec.22.

Turkey hosts more than 3.5 million Syrian refugees who have fled the conflict in their homeland. Some Turks view them as an economic burden and a threat to jobs.

“The number of Syrians that returned to their country after the Euphrates Shield and Olive Branch operations is 291,790,” Soylu was quoted by state-owned Anadolu news agency as saying.

The first, “Euphrates Shield” in 2016, drove ISIS from territory along the border. The second, “Olive Branch”, wrestled the nearby Afrin region from the hands of Syrian Kurdish forces this spring.

Soylu also said that more than 250,000 illegal migrants had been caught in Turkey in 2018, without specifying their nationalities, adding that this showed a jump of more than 50 percent from the previous year.

He said stepped up efforts by Turkish police and security forces and the coastguard to clamp down on illegal migration had curbed the flow of migrants to countries in Western Europe.

Turkey became one of the main launch points for more than a million illegal migrants from the Middle East and Africa taking the sea route to European Union territory in 2015.

The influx of illegal migrants was drastically curtailed by a 2016 accord between Ankara and the EU to close the route after hundreds died crossing to Greek islands.

President Tayyip Erdogan said on Friday that Turkey would postpone a planned military operation against Syrian Kurdish fighters in northeast Syria as he “cautiously” welcomed Washington’s decision to withdraw its troops in the area.