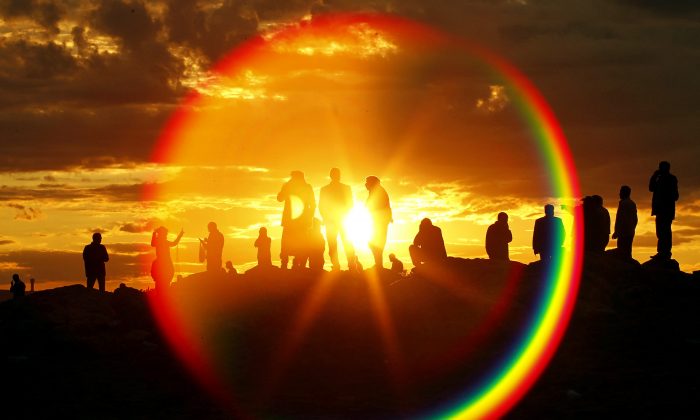 People watch the U.S. led airstrikes on ISIS on the top of a hill close to the border between Turkey and Syria on Oct. 19, 2014. (Gokhan Sahin/Getty Images)
International

ISTANBUL–Turkish authorities have detained 54 suspected ISIS members in Istanbul who were believed to be preparing to travel to conflict zones in Syria, police said on Tuesday.

All of those detained were foreign nationals, it said, without giving details on when the detentions took place.

ISIS has carried out numerous bombings across Turkey in recent years, including an attack on a nightclub in Istanbul in which 39 people were killed and a bombing in the city’s historic heart that killed 12.

Turkish operations against ISIS suspects intensified at the end of last year on the anniversary of the nightclub shooting.