The Tri-Lobed Disc of Sabu
0 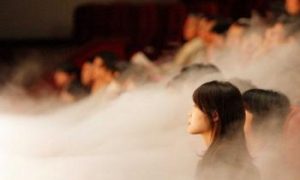 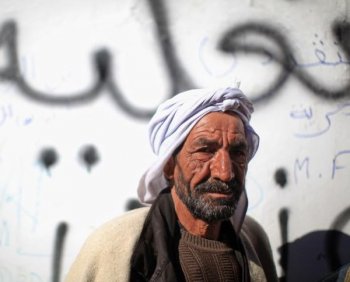 SEEKING CHANCE: A Tunisian protester joins an anti-government protest in front of the prime ministerÃ¢ï¿½ï¿½s office on Jan. 24. After weeks of protests, after ousting its president, Tunisia stands at the crossroad to democracy. (Christopher Furlong/Getty Images)
Africa

Tunisia Has Ingredients for Democracy

By Marco t'Hoen
Print
While democracy may be a rare sight in the Arab world, it is not impossible, and Tunisia could lead the way there, experts say.

As Tunisians come to terms with the implications of the Jasmine Revolution earlier this month that sent strongman Zine el Abidine Ben Ali into exile after 23 years in power, it is counting its chances for democracy.

While countries like Lebanon, Egypt, and Iraq already have multiparty elections, that modicum of electoral choice is currently the extent of democracy in the region. But Tunisia may spell a change.

"Tunisia has the chance to become the first real democratic Arab country," wrote Noomane Raboudi in an e-mail from the University of Ottawa.

According to Raboudi, the conditions look promising. Tunisia has a homogeneous, cohesive, well-educated population willing to participate in a free electoral process. In Tunisia women have had equal rights to men since the 1950s. The military has been supportive of the Jasmine Revolution, with Gen. Rachid Ammar, Tunisia's highest military leader, announcing his support on Jan. 24.

“The majority of the population—after decades of suppression and political repression … Tunisians are hungry to participate in a free and democratic electoral process,” says Raboudi.

Getting Muslims On-board for Democracy

While Tunisia has a relatively moderate Muslim population compared to other Arab countries like Saudi Arabia or Egypt, getting everyone on board for democracy could pose a challenge.

The main challenge for Muslims is that they may believe that the ideas and principles of democracy are incompatible with the values of the Islam, says Radwan Masmoudi, president and founder of the Center for the Study of Islam and Democracy in Washington.

Some people in the Muslim world believe that “democracy is government by the people and Islam says you have to follow the rule of God,” says Masmoudi.

Masmoudi seeks to demonstrate to the 10 percent of Tunisians who according to him perceive the combination as a problem, that “you can be Muslim and democrat at the same time."

He explains to them that God created the earth, and on earth mankind is sovereign. It is here we can discuss whom we want for a leader and hold them accountable. Masmoudi says democracy is "a system that works to solve political conflicts with peaceful means.”

According to Masmoudi, the Islamic law, Sharia, has developed over centuries and is not fixed in time and that based on circumstances, new interpretations can arise. “We are not obligated to follow the interpretations of the people that came before us.” Masmoudi says.