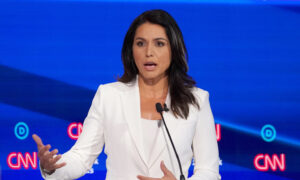 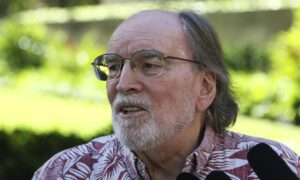 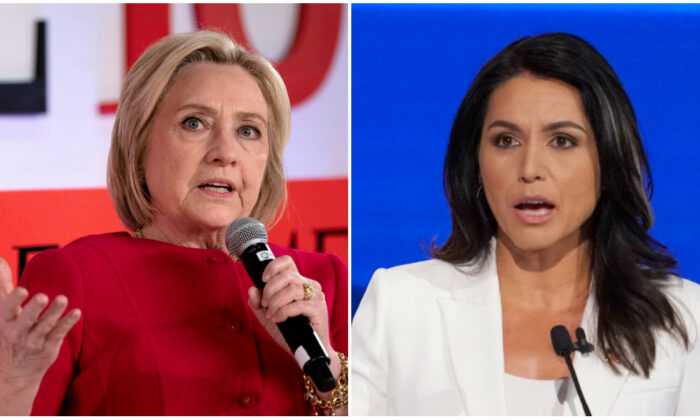 Democratic presidential candidate Rep. Tulsi Gabbard (D-Hawaii) filed a lawsuit against former Secretary of State and 2016 contender Hillary Clinton, claiming the former first lady and secretary of state defamed her by suggesting last year that she’s is a “Russian asset.”

“Clinton deliberately and maliciously made false statements in an attempt to derail Rep. Gabbard’s campaign, by alleging that Gabbard is a ‘Russian asset,’” Gabbard’s campaign said in a news release on Wednesday.

Clinton’s office has not responded to a request for comment on the lawsuit.

The lawsuit noted that in October, Clinton publicly said that “somebody who is currently in the Democratic primary … [is a] favorite of the Russians… Yeah, she’s a Russian asset.” The comment was widely interpreted as Clinton referring to Gabbard.

The lawsuit (pdf), which was filed in the U.S. District Court for the Southern District of New York, is seeking compensatory damages and an injunction that bans the further publication of Clinton’s comments.

“Tulsi Gabbard is running for President of the United States, a position Clinton has long coveted, but has not been able to attain,” the suit reads. “In October 2019—whether out of personal animus, political enmity, or fear of real change within a political party Clinton and her allies have long dominated—Clinton lied about her perceived rival Tulsi Gabbard.”

Clinton made the comments during a podcast appearance on “Campaign HQ” with David Plouffe. She said Republicans were “grooming” a Democratic presidential candidate for a third-party bid and also said the candidate is a “favorite of the Russians.” She didn’t specifically identify Gabbard.

“They’re also going to do third party. I’m not making any predictions, but I think they’ve got their eye on somebody who’s currently in the Democratic primary and are grooming her to be the third-party candidate,” Clinton said at the time. “She’s the favorite of the Russians, they have a bunch of sites and bots and other ways of supporting her so far, and that’s assuming Jill Stein will give it up, which she might not, because she’s also a Russian asset. Yeah, she’s a Russian asset, I mean totally. They know they can’t win without a third-party candidate,” Clinton said.

“This is not some outlandish claim. This is reality. If the Russian propaganda machine, both their state media and their bot and troll operations, is backing a candidate aligned with their interests, that is just a reality, it is not speculation,” he said of Clinton’s statements.

But on Twitter, he attempted to clarify Clinton’s remarks: “Folks, listen to the podcast. She doesn’t say the Russians are grooming anyone. It was a question about Republicans.”

Folks, listen to the podcast. She doesn’t say the Russians are grooming anyone. It was a question about Republicans.
Cc:@VanJones68 https://t.co/xU7WAob0Ve

Following the remarks, Gabbard went on the offensive against Clinton and made a number of politically charged accusations. She also demanded that Clinton retract her statement.

Her suit is also claiming that Clinton made the comments with “obvious malicious intent,” causing harm to Gabbard’s campaign “and American democracy as well.” Gabbard “seeks to hold Clinton, and the political elites who enable her, accountable for distorting the truth in the middle of a critical Presidential election,” according to the filing.

“Although Rep. Gabbard’s presidential campaign continues to gain momentum, she has seen her political and personal reputation smeared and her candidacy intentionally damaged by Clinton’s malicious and demonstrably false remarks,” Brian Dunne, a partner at Pierce Bainbridge Beck Price & Hecht LLP, said in a statement to NBC about the lawsuit.

Reports said Gabbard is seeking around $50 million in damages.