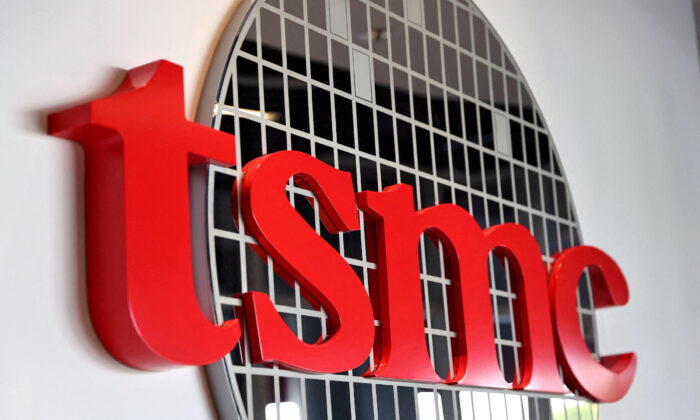 TAIPEI—Taiwan’s TSMC forecast revenue growth that could be the highest in 10 quarters, saying it was “highly confident” about its long-term prospects and touted demand for high-tech chips used in data centres and electric vehicles.

The outlook from the world’s largest contract-chipmaker follows blow-out results for the April-June period that underscored resilient demand amid a chip crunch caused by pandemic-fuelled sales of smartphones and laptops.

Taiwan Semiconductor Manufacturing Co Ltd (TSMC) is a major Apple Inc supplier and the results are also testament to demand for the iPhone 13 despite record global inflation and worries of a looming recession.

They are likely to ease some worries after several chipmakers, including Micron Technology Inc recently sounded the alarm that chip shortages turned it a glut in some sectors, as soaring inflation and China’s COVID-19 curbs have squashed demand for electronics.

The results helped European chip stocks including STMicroelectronics, and Infineon, buck a fall in the pan-European STOXX 600 index.

TSMC, whose clients include chip majors such as Qualcomm Inc, also signalled that demand was cooling from consumer electronics customers who would reduce chip stockpiles over the next few quarters into 2023.

But he said that long-term demand for TSMC’s chips was “firmly in place” and any upcoming down cycle would not be as big as in 2008.

“Despite ongoing inventory adjustment and macro uncertainties, the structural growth trajectory in the long-term semiconductor demand remains firm. We expect our capacity to remain tight and our business to be more resilient.”

Other chipmakers such as Samsung Electronics have also highlighted demand from data-centre customers.

TSMC said its capital expenditures this year will skim the lower end of its previous guidance of $40 billion to $44 billion, with some expenses pushed to next year because of a delay in the delivery of some chip-making equipment.

It also said inflation posed a challenge, echoing comments from Intel Corp, which has said it is planning to raise chip prices because of rising costs.

In May, Japan’s Nikkei business daily reported TSMC had warned clients for the second time in less than a year that it planned to raise prices.

TSMC has not confirmed the report, saying instead that its pricing was strategic, not opportunistic.

Shares in TSMC have fallen about 23 percent so far this year—valuing the firm at $408.3 billion—compared with a 35 percent slump in the Philadelphia Semiconductor index.

TSMC said it expected third-quarter revenue to surge to between $19.8 billion and $20.6 billion from $14.88 billion a year earlier. It raised its 2022 revenue growth forecast to mid-30s percentage from an earlier 26 percent to 29 percent range.