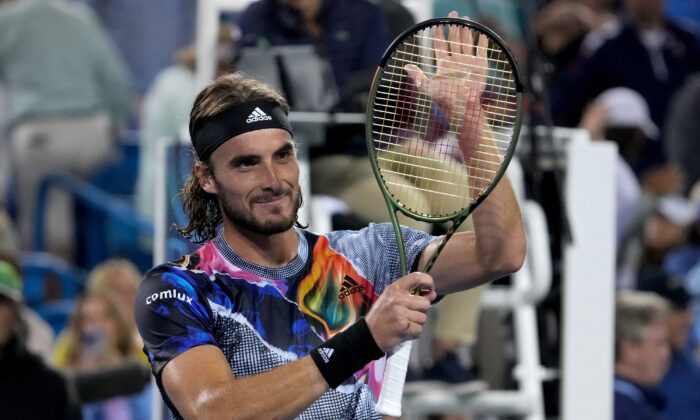 Fourth seed Stefanos Tsitsipas edged world number one Daniil Medvedev 7–6(6) 3–6 6–3 in an absorbing semifinal at the Cincinnati Open on Saturday to set up a summit clash with Borna Coric after the Croatian’s 6–3 6–4 win over Cameron Norrie.

Tsitsipas saved a set point in the opening tie-break to take the lead but collapsed in stunning fashion in the second set, falling behind 5–0 before narrowly avoiding a bagel.

But the Greek, who had just two wins in nine matches against Medvedev coming into the encounter, raised his game in the decider and broke the U.S. Open champion at 3–2 before comfortably serving out the match with some exquisite net play.

Sunday will be Tsitsipas’ first final appearance in Cincinnati and his fifth overall in 2022.

British ninth seed Norrie started brightly and raced into a 3–1 lead before Coric found his groove to win five straight games and secure the opening set.

“It was a very tough day, a very long day as well,” said Coric after both men’s semifinals were delayed due to rain.

“At the beginning I was not there, I was not feeling the ball very well. Then I did find my rhythm. I started to serve better, I started to play much better and I think that was the key to the match.”

Coric, who struck 22 winners in all, kept up the momentum in the second set, clinching eight straight points to take a 4–2 lead before closing out the match to set up a third career meeting with Tsitsipas.