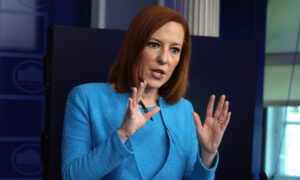 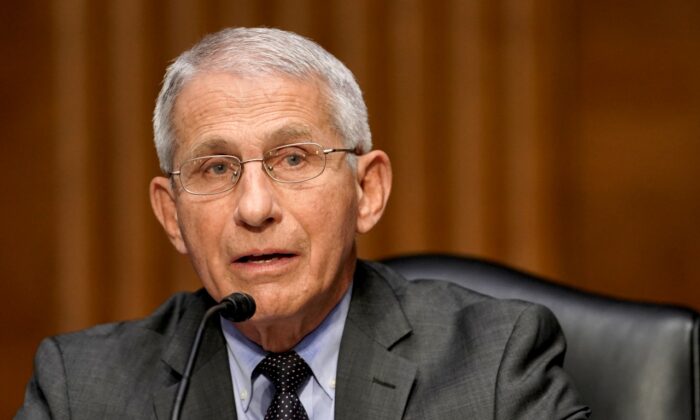 Dr. Anthony Fauci, director of the National Institute of Allergy and Infectious Diseases, speaks during a Senate Health, Education, Labor and Pensions Committee hearing to discuss the ongoing federal response to COVID-19 in Washington on May 11, 2021. (Greg Nash/Pool/Getty Images)
Viewpoints

In the 1950s there was a quiz show called “To Tell the Truth.” It has been reborn several times but retained its original format. A celebrity panel would try to discover which one of three contestants was telling the truth, as all claimed to be the same person with identical backgrounds.

I thought of that show in relation to the conflicting stories and claims that have come from “experts” during the last 16 months of the pandemic. People, including two U.S. presidents, Dr. Anthony Fauci, chief medical adviser to the president, Dr. Tedros Adhanom Ghebreyesus, the director general of the World Health Organization, and Dr. Rochelle Walensky, head of the Centers for Disease Control and Prevention, have all made statements which, at the time, they claimed were accurate and based on science, but turned out to be inaccurate.

Dr. Ghebreyesus, initially dismissed allegations the virus originated in a Wuhan, China laboratory, as “extremely unlikely.” Now, he says, he was “premature” to rule out a lab leak.

Dr. Fauci at first called mask wearing ineffective. In an email to Sylvia Burwell, the HHS Secretary in the Obama administration, Fauci wrote: “Masks are really for infected people to prevent them from spreading infection to people who are not infected rather than protecting uninfected people from acquiring infection.” Fauci said the “typical mask” is “not really effective in keeping out the virus, which is small enough to pass through material.” Now he says the opposite.

Some people questioned these and other comments. For their skepticism they were banned from social media and called spreaders of disinformation, even kooks.

The UK, which has one of the world’s highest vaccination rates in the world, is seeing a surge in COVID cases because of the Delta variant.

Israeli Prime Minister Naftali Bennett says the Pfizer vaccine is “weaker” against the Delta variant. This, after we were told—again by “experts”—the drug is effective against this strain. Which is it? No wonder the public is confused.

White House Press Secretary Jen Psaki says the administration is in “regular touch” with social media about what they are allowing to be posted on their platforms. President Biden has said that people who spread disinformation were “killing people.” Is that true?

The government and the heads of social media companies that contributed large amounts of money to the political campaigns of Biden and other Democrats now claim the ability to distinguish between fact and fiction. Given their track record it does not instill confidence for the vast majority who know little more than the so-called experts. How do we know their future statements can be trusted when previous ones have been problematic?

Granted, there have been people who have irresponsibly spread disinformation, like vaccines cause infertility. There have also been misleading media reports that have added to public fears.

Maybe “To Tell the Truth” could serve as a kind of truth serum. The contestants would be Dr. Fauci, Dr. Ghebreyesus, Dr. Walensky, and President Biden. The panel might include Sen. Rand Paul (R-Ky.), who has been critical of Fauci, Fox News White House reporter Peter Doocy, who has been nearly alone in confronting statements by Biden administration officials, and an average citizen who followed all the guidelines but got COVID anyway and barely survived.

That would be informative as well as entertaining television. We might even discover the truth.

Cal Thomas
John Calvin Thomas has been a syndicated columnist, author, and radio commentator for more than 35 years. His latest book is “America's Expiration Date: The Fall of Empires and Superpowers and the Future of the United States.”
TOP NEWS