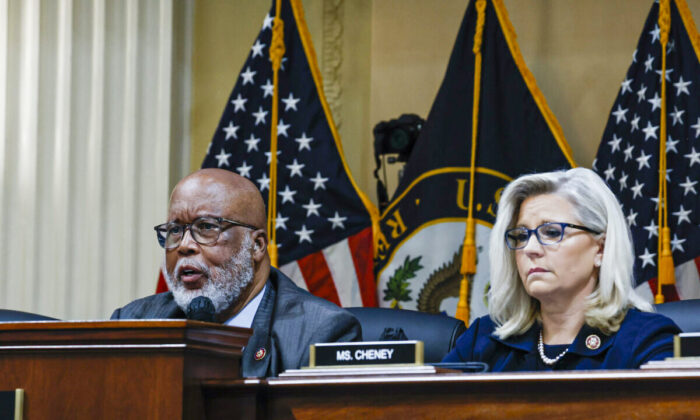 Trust the American People, Not the Jan. 6 Committee

As I wrote in my last column, I was stunned when Susan Ferrechio of The Washington Times reported that the Jan. 6 House Select Committee “has interviewed more than 1,000 witnesses and obtained more than 25,000 documents related to last year’s riot at the U.S. Capitol—yet most of the evidence remains a secret.”

I described the committee as a show trial in the Soviet tradition wherein the outcome was decided, and the spectacle was meant to educate the public on the authority’s version of truth.

I just hadn’t realized how arrogant and open they were about stacking the deck and rigging the game. The Jan. 6 Committee provides a perfect example of the growing totalitarian pressures I describe in my new book “Defeating Big Government Socialism.”

According to Gallup’s most recent Confidence in Institutions survey, 57 percent of Americans have very little or no confidence in Congress. That makes it the least trusted of all 15 institutions Gallup asked about this year.

The news media are close behind, followed by the presidency.

So, we have the Democrats in Congress (with their co-leader anti-Trump, anti-Republican Liz Cheney) acting in secret with the cooperation of the news media. Three of the five least respected institutions in America are colluding to keep more than 1,000 videotaped interviews and 25,000 documents secret from the public.

Of course, we should have seen this coming. Recall at the outset, Speaker Nancy Pelosi refused to allow Republican House Minority Leader Kevin McCarthy to make his own appointments to the committee—violating centuries of rules and tradition—which led to the Republican boycott.

Is it any wonder the American people have anger, hostility, and contempt for the Congress and the news media?

They treat us as though we’re too stupid to see through a rigged game, a stacked deck, and a fraud of carefully selected and edited propaganda.

If we’re to be true to Abraham Lincoln’s “government of the people, by the people, and for the people,” we must trust the people governing.

The obvious step is for House Republicans to move a resolution to make public all the videos and documents, so the American people can decide for themselves what the truth is.

As a former speaker of the House, I know there’s a way to get recorded votes on a resolution to allow the American people to see everything.

Every Democrat should have to answer back home for why they refuse to allow the American people to see all the evidence.

There should be a Republican Party of openness and accountability up against a Democratic Party of secrecy, propaganda, and contempt for the people.

Openness is on the side of history.

As Thomas Jefferson wrote to Richard Price in 1789: “Wherever the people are well informed they can be trusted with their own government; that whenever things get so far wrong as to attract their notice, they may be relied on to set them to rights.”

Both Jefferson and Lincoln relied on the key concept of the Declaration of Independence (of which Jefferson was the principal author): “We hold these truths to be self-evident, that all men are created equal, that they are endowed by their Creator with certain unalienable Rights, that among these are Life, Liberty and the pursuit of Happiness.—That to secure these rights, Governments are instituted among Men, deriving their just powers from the consent of the governed.”

For the governed to consent, they must be informed, not manipulated. They must be told the truth—not propagandized.

In a brilliant paper by Allen Guelzo, “’Public Sentiment Is Everything’: Abraham Lincoln and the Power of Public Opinion,” he cites Lincoln in 1856 asserting: “‘Our government rests in public opinion,’ Abraham Lincoln said in 1856. And how could it be otherwise (he explained in 1859), since ‘in a Government of the people, where the voice of all the men of the country, enter substantially into the execution,—or administration, rather—of the Government—in such a Government, what lies at the bottom of it all, is public opinion.’

“‘Public sentiment is everything,’ he replied to Stephen A. Douglas in 1858. ‘Whoever can change public opinion can change the government.’ It is ‘public opinion’ that ‘settles every question here,’ he added in 1860, and in order for ‘any policy to be permanent,’ it ‘must have public opinion at the bottom.’”

Clearly, the left understands that it can’t tell the American people the truth. It must hide the facts and present only the falsehoods. This is why the Jan. 6 Committee has been so manipulative and consistently secretive and dishonest.

Republicans can campaign for honesty, transparency, and government of the people in the tradition of Jefferson and Lincoln.

Let the Democrats (and Cheney) campaign on show trials, secrecy, hiding from the American people, and seeking to manipulate the public in the tradition of Vladimir Lenin and Joseph Stalin.

That will be a clear choice, and I have every confidence which option the American people will choose.