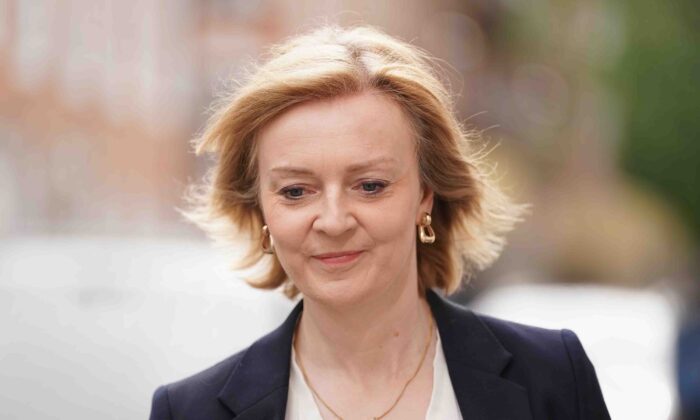 Truss U-Turns on Public Sector Pay 24 Hours After Promising to Save £8.8 Billion

Conservative Party leadership contender Liz Truss has dumped a policy to cut public sector pay by £8.8 billion ($10.75 billion) after being accused by the Labour Party’s deputy leader Angela Rayner of producing a “recipe for levelling down.”

On Monday night Truss, who is battling former Chancellor Rishi Sunak to become the party’s new leader and to succeed Boris Johnson as prime minister, suggested paying civil servants and other public sector workers less than their counterparts in London and the southeast of England on the basis that their cost of living is not as high because of lower rents, mortgages, and other prices.

The foreign secretary, who is the bookmakers’ favourite to defeat Sunak in a ballot of Conservative Party members, announced the move as part of a “war on Whitehall waste.”

But while it might have gone down well with Tory members in southern England, Truss’s policy was greeted with incredulity with some in so-called red wall constituencies—those in northern England and the Midlands that were won from Labour at the 2019 general election.

Ben Houchen, the Conservative mayor of Tees Valley, said he was “actually speechless” by Truss’s proposal.

Houchen—who is supporting Sunak in the leadership contest—told the BBC it was a “horrifically bad” policy which “could be Liz’s dementia tax moment,” a reference to a policy that former Prime Minister Theresa May ditched during the 2017 election campaign, but was blamed for her poor showing at the polls.

A spokeswoman for the Truss campaign said the proposal had been the subject of “wilful misrepresentation.”

But she added: “Current levels of public sector pay will absolutely be maintained. Anything to suggest otherwise is simply wrong. Our hard-working frontline staff are the bedrock of society and there will be no proposal taken forward on regional pay boards for civil servants or public sector workers.”

After she made the announcement Rayner said: “Liz Truss is declaring war on herself with this recipe for levelling down. A race to the bottom that would cut the pay of school and NHS workers outside London, widening the divide and punishing the north.”

In the statement, Truss had promised: “As prime minister I will run a leaner, more efficient, more focused Whitehall that prioritises the things that really matter to people and is laser-focused on frontline services. There is too much bureaucracy and stale groupthink in Whitehall. If I make it into Downing Street, I will put an end to that and run a government that focuses relentlessly on delivering for the British public, and offer value to hard-working taxpayers.”

She said she wanted to take on the “Whitehall orthodoxy” and said the British people could trust her to deliver on her promises.

But 24 hours later the policy was ditched amid the furore.