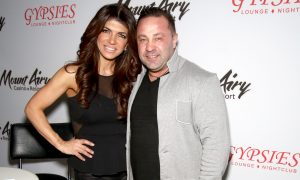 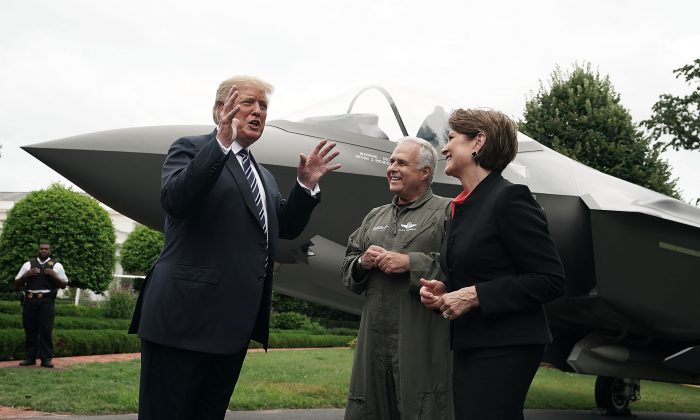 The Pentagon’s biggest weapons supplier is the first major defense company to report quarterly earnings this week, which Wall Street expects to be higher than a year ago as global demand for arms rises. Trump’s administration has proposed an increase in U.S. defense spending for the next fiscal year.

Lockheed’s Missiles and Fire Control business, which makes missile defenses like the Terminal High Altitude Area Defense (THAAD), was one of its best-performing units.

On April 1, in a deal that was partially brokered by Trump, the unit was awarded a THAAD interceptor missile contract worth $2.4 billion, many of which are slated to be delivered to Saudi Arabia.

Chief Financial Officer Kenneth Possenriede told investors on a post-earnings conference call that profits for the unit for the rest of the year would not be as strong, “a little north of 13 percent margin,” because of investments in future programs.

Overall, the Bethesda, Maryland-based company said its earnings rose to $1.70 billion, or $5.99 per share, in the first quarter ended March 31, from $1.16 billion, or $4.02 per share, a year earlier. That was partly helped by a $75 million dollar boost from additional tax deductions on foreign military sales, part of Trump’s tax cut that came into effect last year.

Excluding that one-time gain, Lockheed reported $5.73 per share profit, well ahead of the $4.34 per share that Wall Street had expected, on average, according to IBES data from Refinitiv.

The company had a 12.4 percent tax rate in the first quarter but Possenriede said he expected its 2019 tax rate to be 15.5 percent.

Lockheed’s overall net sales for the quarter rose 23 percent to $14.34 billion. The company’s sales backlog grew to $133.5 billion, up 3 billion over the quarter.

Operating margins at the aeronautics division, Lockheed’s biggest, fell to 10.5 percent in the first quarter from 10.8 percent a year earlier, but sales were up 27 percent to $5.5 billion on demand for the F-35 jet and some classified contracts.

The United States is considering expanding sales of Lockheed-made F-35 fighter jets to five new nations including Romania, Greece, and Poland as European allies bulk up their defenses in the face of a strengthening Russia, a Pentagon official told Congress in early April.

The F-35, a key program for Lockheed, suffered a setback earlier this month when a Japanese F-35 stealth fighter crashed in the Pacific Ocean close to northern Japan. The aircraft was less than a year old and was the first F-35 assembled in Japan.

The company highlighted some risks in its earnings report, including U.S. “government actions to prevent the sale or delivery of the corporation’s products” to Turkey.