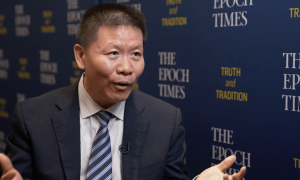 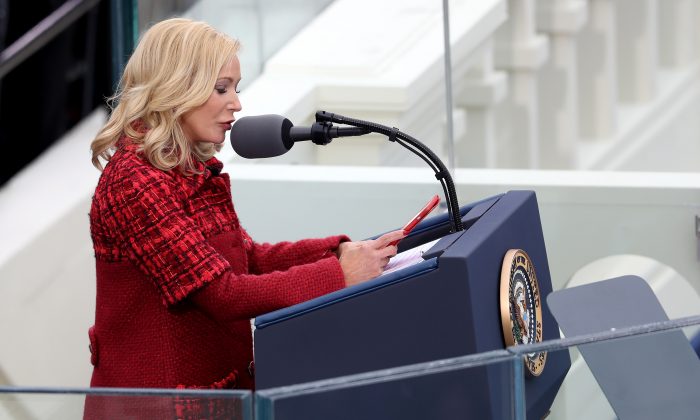 Pastor Paula White-Cain delivers the invocation at the inauguration of Donald Trump as the 45th president at the U.S. Capitol, Jan. 20, 2017 in Washington, DC.(Joe Raedle/Getty Images)
Trump Administration

A White House official told the publication that White-Cain will work in the Office of Public Liaison, which is responsible for engaging with Americans to improve awareness of and involvement in the work of the State Department at home and abroad.

The unnamed official said the pastor’s role will be to advise the administration’s Faith and Opportunity Initiative, which Trump established last year in May.

The initiative aims to give religious groups the fullest opportunity permitted by law to compete on a level playing field for grants, contracts, programs, and other Federal funding opportunities.

White-Cain has been a pastor for 34 years, and has served as a spiritual adviser to Donald Trump since 2001.

The pair formed a close friendship 18 years ago after Trump began watching her sermons on Christian television and called her.

White-Cain previously said told The Epoch Times that during that call, Trump recalled to her three of her sermons almost verbatim.

Later, while visiting New York for a bible study with the New York Yankees, she was invited to meet Trump.

After joining Trump and his family and some staff at his office, White-Cain became close with them all.

In her memoir, “Something Greater,” White-Cain shares that faith has been an important part of Trump’s journey.

She told The Epoch Times: “[It’s] something that has been a part of his life from his childhood, deeply embedded, given to him by his parents, and then, eventually, his own personal walk.”

The pastor said that growing up, Trump’s mother had taught him that “all things are possible and don’t ever quit because God’s on your side,” adding that she believes “that plays out in him as president.”

White-Cain also said the president’s faith plays a crucial role in his policymaking and has made him “probably one of the most pro-life presidents we’ve ever had.”

She cited examples such as his plan to defund Planned Parenthood, and the expansion of the “Mexico City policy” to restrict funding to organizations that provide or promote abortions.

Although he does not attend church every week, White-Cain, said the president talks to God frequently.

The report by the New York Times linked White-Cain with those who believe in the “prosperity gospel,” which Jeremy Peters and Maggie Haberman write “teaches that God blesses people he deems to be of strong faith with wealth, good health and other gifts.”

However, White-Cain has vehemently denied any link, despite ongoing accusations.

Speaking to The Christian Post in 2016, she said: “I do not believe in the prosperity gospel as I’ve been accused of believing it. I do believe that all good things come from God, and I also believe that God teaches us so much through our suffering.

“Listen to 100 of my sermons, and 80 or 90 of them will be about overcoming our struggles and the lessons God teaches us in valleys he allows us to enter.

She added: “I have been accused of so many things that are so untrue. Some of those accusations persist despite their being entirely false, but I’ll just continue preaching the Gospel.”

America Is Fighting A Spiritual War