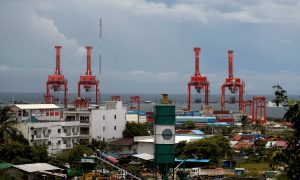 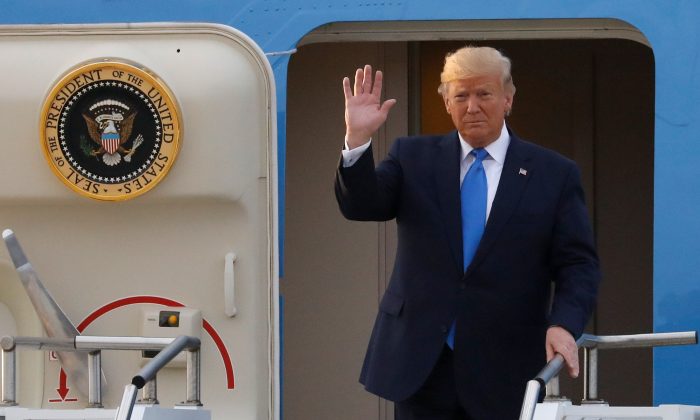 A sizeable majority of U.S. farmers and ranchers continue to approve of how President Donald Trump is handling his job, according to a new monthly poll by Farm Journal, an agricultural media company.

Trump touted the results of the poll as he was heading back from meetings at the G-20 summit. The president, at the same time, lamented how Americans farmers are being treated.

“The highly respected Farm Journal has just announced my Approval Rating with our great Farmers at 74%, and that despite all of the Fake & Corrupt News that they are forced to endure,” he said in a June 29 post on Twitter.

“Farmers have been unfairly treated for many years – and that is turning around FAST!”

The highly respected Farm Journal has just announced my Approval Rating with our great Farmers at 74%, and that despite all of the Fake & Corrupt News that they are forced to endure. Farmers have been unfairly treated for many years – and that is turning around FAST!

The Farm Journal Pulse poll sent texts asking farmers one question only: “Do you approve or disapprove of the way Donald Trump is handling his job as president?”

Out of the 5,000 farmers asked, 1,129 responded to the survey. Out of those, 50 percent said they “strongly approve” of the way Trump is handling the presidency, with another 24 percent saying that they “somewhat approve.”

The latest results were statistically the same as those conducted in December last year, when the Pulse survey first recorded Trump’s approval ratings among farmers. The survey has been conducted five times so far.

Randy Russell of The Russell Group, an agriculture consulting firm, linked the high ratings among farmers to a number of reasons, including Trump’s efforts to counter China’s theft of U.S. intellectual property.

“The Chinese have been stealing our intellectual property and forcing companies to transfer technology to them. We’re at a pivotal point, and for the first time, we’ve got a president who’s trying to do something about it. Farmers may not agree with every tactic he uses or everything he says, but they support what he’s trying to accomplish,” Russell said earlier this year, according to the Farm Journal.

In May, Trump authorized the Department of Agriculture to give $16 billion to U.S. farmers suffering because of Chinese tariffs. Trump said in a statement at the time that his administration is “fighting for our great farmers” on “every front.”

Trump said he had an “excellent” meeting with Chinese leader Xi Jinping on the sidelines of the G-20 Summit on June 29, adding that the two sides were “back on track.”

“Excellent, I would say excellent. As good as it was going to be,” Trump told reporters after the conclusion of the bilateral meeting.

Trump also said that he and Xi agreed to resume trade talks, adding that he would hold off on additional tariffs and ease restrictions on Chinese tech company Huawei.

“Basically, we’ve agreed today that we’re going to continue the negotiation, which I ended a while back,” Trump said during a press conference at the conclusion of the summit.

The talks between the two leaders marked their first official meeting since the G-20 meeting in Argentina in late 2018, when both sides agreed to a 90-day truce in the U.S.–China trade dispute—a ceasefire that ended when trade talks broke down in early May.

Trump also said he agreed not to impose further tariffs on $325 billion of Chinese imports while the negotiations were ongoing.

However, tariffs implemented so far would not be lifted, he said. The United States currently has a 25 percent tariff on $250 billion worth of Chinese goods.

Prior to the meeting, Trump threatened to impose tariffs on roughly $300 billion of Chinese goods, effectively all the remaining Chinese imports to the United States, if the talks did not yield progress.

Emel Akan contributed to this report