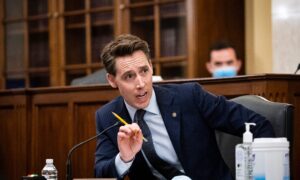 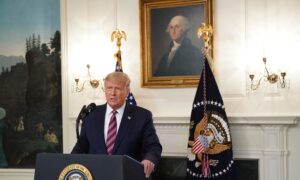 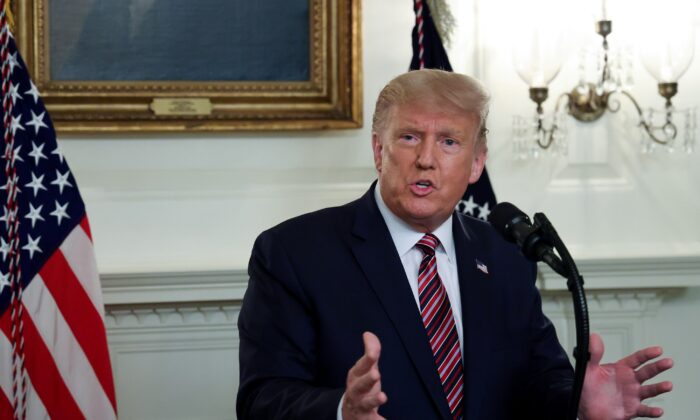 President Donald Trump said during a Sept. 9 announcement of his much-anticipated Supreme Court pick list that there is a “growing radical-left movement” in America, warning that if judges sympathetic with its objectives sit on the highest court, this would “fundamentally transform” the face of the nation.

“Unfortunately, there is a growing radical-left movement that rejects the principle of equal treatment under law. If this extreme movement is granted a majority on the Supreme Court, it will fundamentally transform America without a single vote of Congress,” the president said.

While Trump did not elaborate substantially on the nature of the movement, he did say one of its modes is to push for selective treatment under law, favoring certain groups and individuals while singling others out for attack.

“Radical justices will erase the Second Amendment, silence political speech, and require taxpayers to fund extreme late-term abortion. They will give unelected bureaucrats that power to destroy millions of American jobs. They will remove the words ‘under God’ from the Pledge of Allegiance,” Trump said.

“They will unilaterally declare the death penalty unconstitutional, even for the most depraved mass murderers. They will erase national borders, cripple police departments, and grant new protections to anarchists, rioters, violent criminals, and terrorists,” the president added.

Trump’s reference to “anarchists” and “rioters” echoes his earlier characterization of those engaging in violent acts that have marred peaceful protests, sparked by the police-custody death of George Floyd.

Epoch Times contributor and expert on communist movements, Trevor Loudon, argued in an op-ed that the violence that erupted in the wake of the Floyd’s death was not a spontaneous outbreak of pent-up frustration with incidents of police brutality, but part of a revolutionary movement by brutal means.

“The recent surge of rioting, looting, arson, and violence in the aftermath of the May 25 death in police custody of George Floyd in Minneapolis wasn’t ‘peaceful protest’ hijacked by ‘extremists,’ Loudon wrote. “It was violent from day one—and it was always intended to be that way.”

One piece of evidence for this, he said, was that the Minneapolis-based, Chinese Communist Party-aligned Freedom Road Socialist Organization (FRSO) claimed credit for “sparking” the riots. In a separate op-ed, Loudon pointed to malign far-left influence behind previous outbreaks of violence amid broader calls for racial justice.

“Without the communists, there would still be occasional racially charged incidents. However, all the major city-burning race riots of the 1960s (Newark, Detroit, Chicago, Watts, and many others) and every single one since have been fanned into something bigger by communist forces,” he wrote, adding, “[t]he U.S. left now has the power to start race riots in nearly every major U.S. city.”

“Unless forcefully countered, these current riots and protests will go on all summer up until the elections. The twin goals are to stall the U.S. economic recovery and destroy President Donald Trump. In truth, these riots have nothing to do with race and everything to do with regime change and revolution,” Loudon wrote.

Trump, often resorting to tough, “law and order” rhetoric, has repeatedly argued for the need to differentiate between legitimate protests and street violence, and has called for law enforcement, as well as state and local authorities, to treat the latter as criminal activity.

Notably, in a July 4 speech at the foot of Mount Rushmore, Trump said, “[a]ngry mobs are trying to tear down statues of our Founders, deface our most sacred memorials, and unleash a wave of violent crime in our cities. Many of these people have no idea why they are doing this, but some know exactly what they are doing. They think the American people are weak and soft and submissive. But no, the American people are strong and proud, and they will not allow our country, and all of its values, history, and culture, to be taken from them.”

“One of their political weapons is “Cancel Culture”—driving people from their jobs, shaming dissenters, and demanding total submission from anyone who disagrees. This is the very definition of totalitarianism, and it is completely alien to our culture and our values, and it has absolutely no place in the United States of America,” Trump said.

“This attack on our liberty, our magnificent liberty, must be stopped, and it will be stopped very quickly. We will expose this dangerous movement, protect our nation’s children, end this radical assault, and preserve our beloved American way of life,” he said.

During his Supreme Court pick list announcement, Trump said that many of the liberties that Americans take for granted, including religious liberty and free speech, “have been saved by a single vote on the United States Supreme Court.”

He argued that these, and other rights, would be at risk if justices who embrace the kind of ideology that he cautioned against would dominate the highest court.