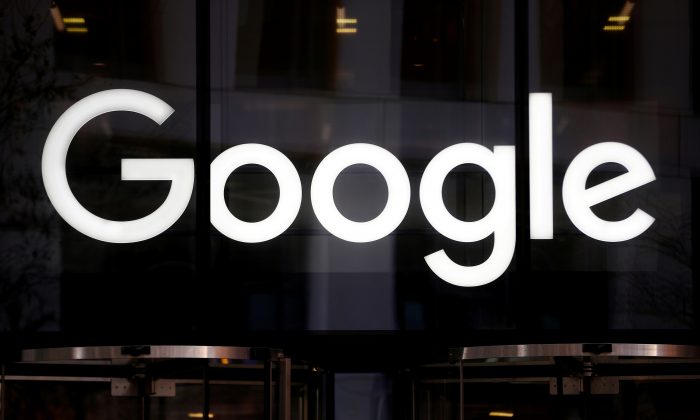 The Google logo is pictured at the entrance to the Google offices in London, Britain on Jan. 18, 2019. (Hannah McKay/Reuters)
Companies

WASHINGTON—U.S. President Donald Trump on July 26 kept up his pressure on global tech giant Google days after his Treasury secretary ruled out any national security concerns over the company’s work in China.

Trump, in a tweet, said if there were any issues with Google’s business in China, his administration would find out about it.

On Wednesday, U.S. Treasury Secretary Steven Mnuchin said he and Trump had both had direct talks with Google’s chief executive and were assured that the tech company’s work with China was “very, very limited.”

“The president and I did diligence on this issue, and we’re not aware of any areas where Google working with the Chinese government in a way that in any way raises concerns,” Mnuchin told CNBC in an interview. “Google is an American company that wants to help out the U.S.”

Trump has repeatedly slammed U.S. technology companies, including Google, and alleged that they have discriminated against him and fellow conservatives. He met with Google CEO Sundar Pichai at a White House meeting on Monday with a number of other top tech executives.

“There may or may not be National Security concerns with regard to Google and their relationship with China. If there is a problem, we will find out about it. I sincerely hope there is not!!!” Trump wrote on Twitter.

Google, a unit of Alphabet Inc, declined to comment. Earlier this month, the company’s top government affairs official said at a U.S. Senate hearing that it did little business in China.