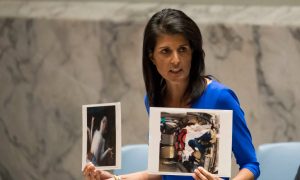 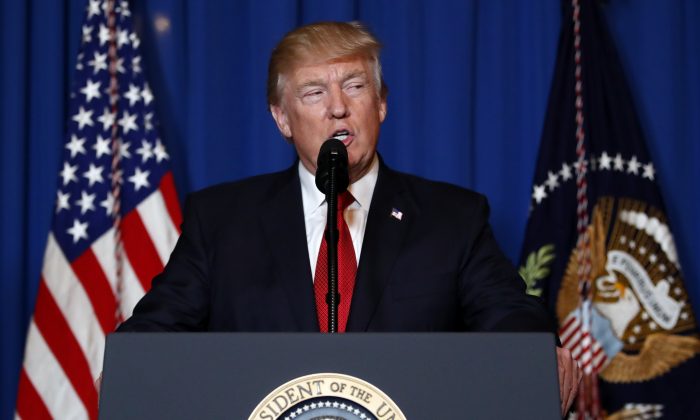 President Donald Trump speaks at Mar-a-Lago in Palm Beach, Fla., on April 6, 2017, after the U.S. fired a barrage of cruise missiles into Syria Thursday night in response to this week's gruesome chemical weapons attack against civilians. (AP Photo/Alex Brandon)
International

Some 50 Tomahawk missiles were launched from U.S. Navy warships in the Mediterranean Sea, the U.S. official said, speaking on condition of anonymity. A target was identified as an airbase in Homs. Further details on the target and the results of the strikes were not immediately known.

Trump Says ‘Something Should Happen’ With Assad, US Military Studies Options

Trump ordered the strikes just a day after he pointed the finger at Assad for this week’s chemical attack, which killed at least 70 people, many of them children, in the Syrian town of Khan Sheikhoun. The Syrian government has denied it was behind the attack.

Trump, who was attending a summit with Chinese leader Xi Jinping at his Florida resort, said earlier on Thursday that “something should happen” with Assad as the White House and Pentagon studied military options.

U.S. military action put the new president at odds with Russia, which has air and ground forces in Syria after intervening there on Assad’s side in 2015 and turning the tide against mostly Sunni Muslim rebel groups.

The risks have grown worse since 2013, when Barack Obama, Trump’s predecessor, considered and then rejected ordering a cruise missile strike in response to the use of chemical weapons by Assad’s loyalists.