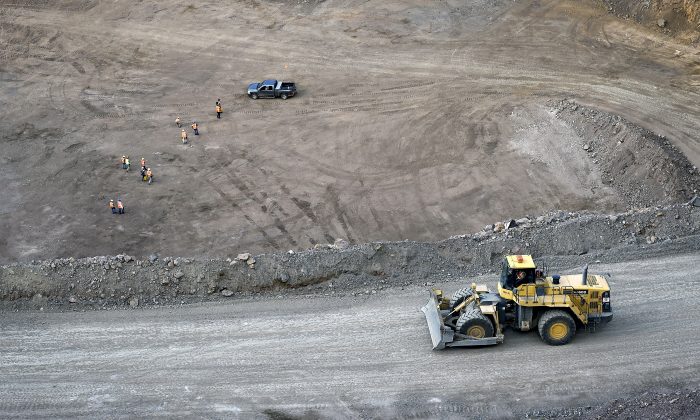 U.S. President Donald Trump on July 22 told the Pentagon to find better ways to procure a rare earth magnet used in specialty motors, warning that the nation’s defense would suffer without adequate stockpiles.

The Pentagon is rapidly assessing the United States’ rare earths capability in a race to secure stable supply of the specialized material amid the country’s trade conflict with China, which controls the rare earths industry, according to a government document seen by Reuters.

Attention is growing on rare earths, an obscure grouping of 17 minerals used to build weapons, consumer electronics and a range of other goods. There are no known substitutes.

Trump said that the United States did not have enough capacity to make samarium cobalt rare earth permanent magnets, which can withstand high temperatures and are resistant to corrosion. They are commonly found in precision-guided missiles, smart bombs and military jets.

The order came as part of a letter to Congressional committee leaders, as required under the Defense Production Act (DPA), a 1950s-era U.S. law that gives the president and Pentagon wide berth to procure equipment necessary for the national defense.

The United States used to be the world leader in production of rare earths and rare earth magnets, though China now dominates the industry and is using that to its advantage in the ongoing trade dispute between the two countries.

Trump ordered the Department of Defense to develop and purchase equipment to boost output of the magnets for use by the U.S. military.

“These proposed initiatives are essential to the national defense,” Trump said in a letter to Representative Maxine Waters, the chairwoman of the House Committee on Financial Services, and to Senator Mike Crapo, the chairman of the Senate Committee on Banking, Houston and Urban Affairs.

The DPA is overseen by the two committees.

The Pentagon has already asked miners to describe plans to develop U.S. rare earths mines and processing facilities by the end of July.

The push comes weeks after China threatened to curb exports to the United States of rare earths, a group of 17 minerals used to build fighter jets, tanks and a range of consumer electronics.