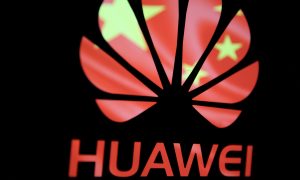 President Donald Trump on May 15 signed an executive order declaring a national emergency and barring U.S. companies from using telecommunications equipment made by firms posing a national security risk, paving the way for a ban on doing business with China‘s Huawei Technologies Co.

The order, which does not name any company, declared a national emergency to protect U.S. computer networks from “foreign adversaries.”

Reuters reported on May 14 that Trump was expected to take action on the long-awaited proposal this week. The executive order invokes the International Emergency Economic Powers Act, which gives the president the authority to regulate commerce in response to a national emergency that threatens the United States.

The order directs the Commerce Department, working with other government agencies, to draw up a plan for enforcement.

Washington believes equipment made by Huawei, the world’s largest maker of network communications gear, could be used by the Chinese regime to spy.

The United States has been actively pushing other countries not to use Huawei’s equipment in next-generation 5G networks that it calls “untrustworthy.” In August 2018, Trump signed a bill that barred the U.S. government itself from using equipment from Huawei and another Chinese provider, ZTE Corp.

The FCC voted unanimously to deny China Mobile’s bid to provide U.S. telecommunications services on May 9 and said it was reviewing similar prior approvals held by China Unicom and China Telecom Corp.