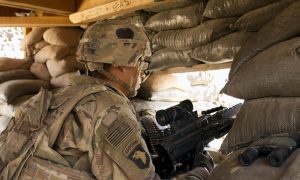 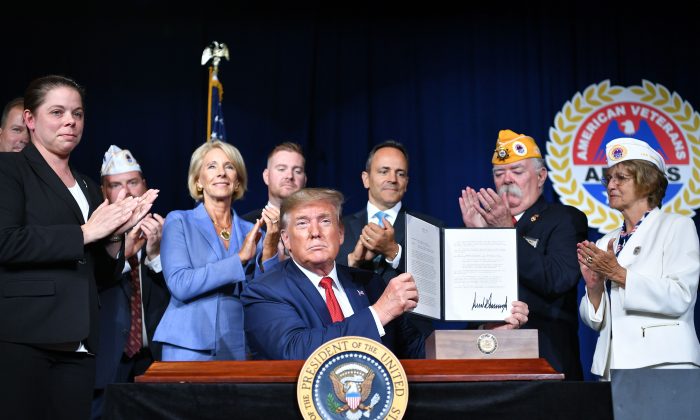 The directive would benefit tens of thousands of struggling veterans, as only half of the roughly 50,000 currently qualified to have their federal loans discharged have received the benefit. The memorandum directs the secretaries of Education and Veterans Affairs to create a new, quicker process to aid veterans.

At the convention, Trump touted the support he and his administration have given to veterans and the military in the United States as a whole. In 2017, he signed into law the Forever GI Bill, which allows veterans to access their educational benefits at any point during their lifetime.

“We are restoring the fundamental principle that government’s first obligation, and highest loyalty, is to our own citizens,” Trump said.

“Our active-duty personnel are the best-equipped, best-trained, most technologically advanced fighting force in the history of the world.

“After years of neglect, we are fixing the heartbreaking failures from the last administration at the Department of Veterans Affairs. America must never abandon our heroes in their hour of need.”

Trump said the debt of the veterans will be “entirely erased,” adding that “they can sleep well tonight.” The president regularly brings up his support of the U.S. military and of veterans at his rallies. Other notable administration officials attending the commemoration included Education Secretary Betsy DeVos and acting Deputy Secretary for the Department of Veterans Affairs Jim Byrne.

The initiative, Trump said, would eliminate an average of $30,000 of debt for each eligible veteran. He said it would amount to “hundreds of millions of dollars in student debt” that would be removed.

Trump also brought up new upcoming upgrades in the military.

“The Army will very soon have three powerful new M-1 tanks,” he said at the convention. “The Navy is deploying the most advanced class of aircraft carriers in history, with hundreds of new F-35’s and F-18’s. America will continue to own the skies wherever we fly. We have the greatest Air Force.”

The administration has also put a focus on curbing veteran suicides, with the securing of $8.6 billion in funding for VA mental health services. He has also established a task force to better understand and prevent suicide as part of the PREVENTS Initiative.

According to the White House, the suicide rate in 2016 was “one and a half times greater for veterans than for non-veteran adults.”

During his speech at the convention, Trump recognized this year’s recipient of the Silver Helmet Award, Woody Williams, a World War II veteran who is also a Medal of Honor recipient. Trump called Williams “an inspiration to all Americans.”

“We brought them home, so many of them; many more are coming so they can rest alongside their brothers and sisters on American soil,” Trump said.