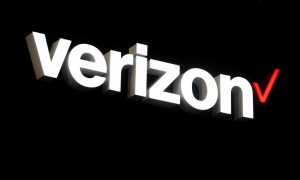 Verizon Will Help You Block Robocalls, for an Extra $3 a Month
0 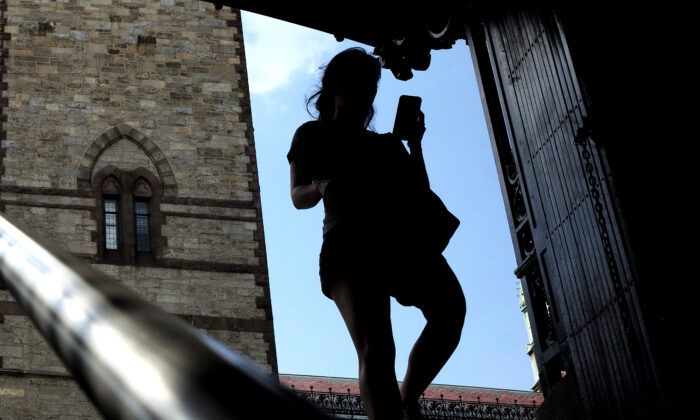 A passerby uses a mobile phone while entering a subway station, in Boston on July 29, 2019. (Steven Senne/AP Photo)
Politics

The Pallone-Thune TRACED Act, or S. 151, adds a forfeiture penalty for violations of the prohibition on certain robocalls.

It also requires voice service providers to develop call authentication technologies and mandates the Federal Communications Commission to create rules outlining when a provider can block a voice call based on info from the technologies.

Another part of the bill requires the commission and the Department of Justice to assemble an interagency working group to study and report to Congress on how to better enforce against robocalls by examining issues like the types of laws, policies, or constraints that could be inhibiting enforcement.

“This historic legislation will provide American consumers with even greater protection against annoying unsolicited robocalls. American families deserve control over their communications, and this legislation will update our laws and regulations to stiffen penalties, increase transparency, and enhance government collaboration to stop unwanted solicitation. President Donald J. Trump is proud to have worked with Congress to get this bipartisan legislation to his desk, and even prouder to sign it into law today,” the White House said in a statement.

“I have yet to meet someone who says they enjoy receiving those unwanted and illegal robocalls that plague our phones, whether we’re at home, at work, or in the car, which is why the TRACED Act takes several important steps in the fight to curb this scourge,” Thune said in a Dec. 19 statement after the Senate passed a modified version of the bill.

“This bill represents a unique legislative effort that is not only bipartisan at its core, but it’s nearly unanimously supported in Congress. Most importantly, this is a significant win for consumers in every corner of the country, and it finally and officially puts illegal robocallers on notice. While no process is perfect, I’m glad we were able to work together with Republicans and Democrats, senators, and members of the House to reach this important compromise, which, once signed into law, will begin to make an important down payment on the fight against illegal robocalls.”

After the House passed the final version on Dec. 13, Pallone said in a statement: “This is critical legislation because unlawful robocalls are not only a nuisance, they are also undermining our entire phone system and consumers’ safety as a result. Too often Americans simply will not pick up their phones, out of fear that a robocall is on the other end of the line. It’s time we send a message to scammers and spammers that their days are numbered.”