Government Shutdown Could Continue Into Next Year

President Donald Trump has canceled plans for a scheduled Christmas vacation in Florida, because of the partial government shutdown that officially began Dec. 22, the White House announced on the same day.

Press secretary Sarah Sanders said First Lady Melania Trump, who had left for Florida, will return to Washington. The president was planning to spend 16 days at the Mar-a-Lago club with his family. He said earlier that he would remain in the nation’s capital if Congress couldn’t reach a solution.

“Due to the shutdown, President Trump will remain in Washington, D.C., and the first lady will return from Florida so they can spend Christmas together,” Sanders said in a statement.

The Senate adjourned after lawmakers failed to break an impasse on budget legislation, including Trump’s request for funding for a wall on the border with Mexico. Senate Republican leader Mitch McConnell sent senators home until Dec. 27 after there appeared to be no immediate hope of a new deal on the bill.

“This is a partial shutdown that impacts 25 percent of the government. It’s not a normal situation where all discretionary funding has lapsed,” a senior administration official told reporters on a Dec. 21 call. “We’re dealing with about 15 percent of the federal workforce.”

Office of Management and Budget (OMB) Director and incoming Acting White House Chief of Staff Mick Mulvaney said Dec. 23 that the partial shutdown could potentially continue until next year. He said the White House had since reduced the requested $5 billion in border-wall funding and hopes the Democrats can move higher than the $1.3 billion amount floated previously.

“We moved off of the 5 and we hope they move up from their 1.3,” Mulvaney told Fox News.

Mulvaney didn’t mention the new amount requested and said that the Democrats are “moving in the wrong direction” after they had offered $1.6 billion in funding about two weeks ago. He said that the White House provided “a counter-offer” on Dec. 22 to Senate Minority Leader Chuck Schumer (D-N.Y.), and is currently still awaiting a response.

He also added that federal paychecks would go out Dec. 28, and only their future pay period, scheduled on Jan. 11, would be affected.

“It’s very possible this shutdown will go beyond the 28th and into the new Congress,” Mulvaney said.

Turning to Twitter on Dec. 23, Trump again appealed for the border wall.

“The only way to stop drugs, gangs, human trafficking, criminal elements and much else from coming into our Country is with a Wall or Barrier,” he wrote. “Drones and all of the rest are wonderful and lots of fun, but it is only a good old fashioned Wall that works!”

Trump could also potentially convene a special session of Congress that would force the Senate or even both the chambers to miss their holiday recess.

Most government services are set to run as usual, since the majority of the government has already been funded by existing legislation.

The shutdown affects nine out of the 15 federal departments that will either close or reduce operations, according to a projection released by Senate Appropriations Committee staff. Among those affected are the departments of Justice, Commerce, Interior, Agriculture, and Homeland Security.

More than 420,000 government employees would be working without pay and over 380,000 would be furloughed, according to the projection by Senate Appropriations Committee staff.

“We appreciate their public service. Our hope is that by the time they come back from the holidays, we will have a resolution,” a senior administration official said on a call with reporters.

The majority of programs such as Social Security, Medicare, Medicaid, the U.S. postal service, the military, the border patrol, and museums will remain open, among others.

The Food and Drug Administration and NASA are among the departments and agencies that are closing due to the partial shutdown. Since each agency has its own plan when a shutdown arrives, the IRS and national parks could see limited services. The National Park Service said that parks would remain open but wouldn’t be staffed and most bathrooms would be closed. The IRS also indicated plans to furlough roughly 52,000 staff.

The workers who do report for work typically receive back pay once the new appropriations legislation is approved.

It’s unclear how long the shutdown will last. Democrats have repeatedly opposed Trump’s requested border wall funding. Trump also indicated that the shutdown could last for longer than usual because of their opposition.

“The Democrats, whose votes we need in the Senate, will probably vote against Border Security and the Wall even though they know it is DESPERATELY NEEDED,” Trump wrote on Twitter on Dec. 21. “If the Dems vote no, there will be a shutdown that will last for a very long time. People don’t want Open Borders and Crime.” 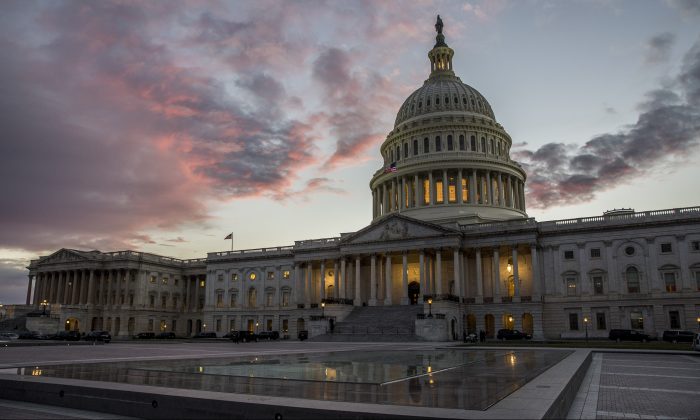