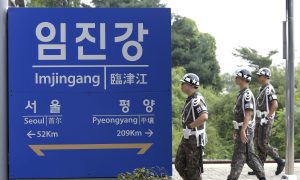 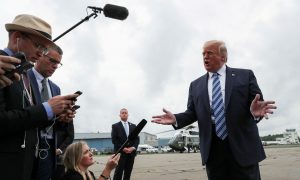 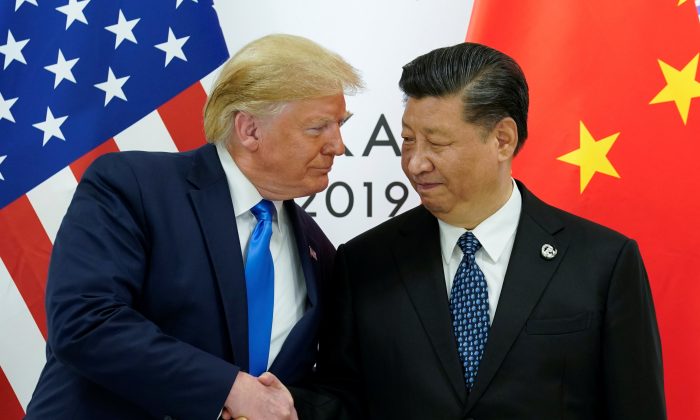 WASHINGTON—President Donald Trump spoke on Dec. 20 with Chinese leader Xi Jinping and claimed progress between the two governments on issues that have divided them, from trade to North Korea and Hong Kong.

The two leaders spoke a week after their envoys sealed a “Phase 1” agreement aimed at ending an 18-month trade war.

Trump announced the phone call in a tweet. A White House official said they spoke on Friday morning. China Central Television said Xi spoke to Trump at the request of the U.S. president.

Further details were not immediately available. China was angered when Trump last month signed legislation that authorizes sanctions on Chinese and Hong Kong officials responsible for human rights abuses in Hong Kong, in what was seen as support for pro-democracy activists.

Of paramount concern to the United States is a threat by North Korean leader Kim Jong Un for what he called a “Christmas gift.”

U.S. officials have interpreted this to mean either a nuclear weapons test or a ballistic missile test. Trump and Kim have held three summits but failed to reach an agreement on lifting sanctions on North Korea in exchange for denuclearization by Pyongyang.

China and Russia on Monday proposed that the U.N. Security Council lift a ban on North Korea exports such as seafood and textiles, according to a draft resolution seen by Reuters, in a move the Russian U.N. envoy said was aimed at encouraging talks between Washington and Pyongyang.

The State Department took a dim view of the proposal, with an official saying the U.N. Security Council should not be considered “premature sanctions relief” for North Korea as it is “threatening to conduct an escalated provocation, refusing to meet to discuss denuclearization.”

The U.S. special envoy for North Korea, Stephen Biegun, was due to leave Beijing on Friday after meeting with Chinese officials. Earlier in the week, Biegun also made stops in Seoul and Tokyo for discussions with counterparts.

China said on Friday its relationship with the United States had experienced serious difficulties, but that the two countries should work in accordance with the consensus reached by their leaders to push forward a stable bilateral relationship.

Chinese Vice Foreign Minister Le Yucheng made the comment at a meeting with Biegun, according to a statement from the ministry on Friday.

The two officials exchanged views on North Korea and China reiterated its stance that it will safeguard its sovereignty, security and development interests, the statement said.