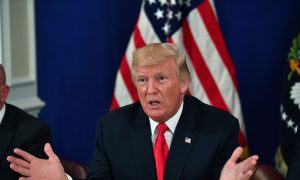 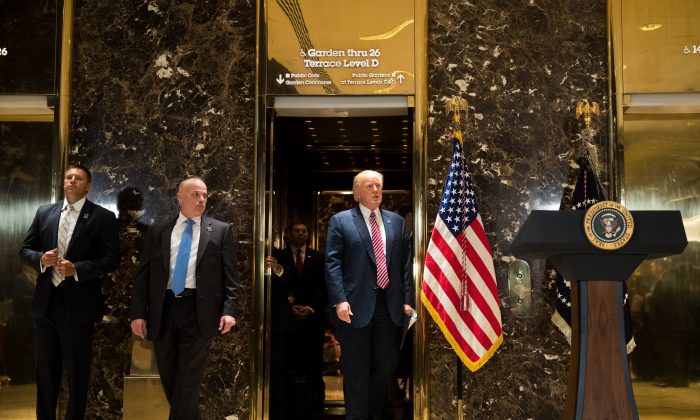 President Donald Trump speaks following a meeting on infrastructure at Trump Tower, August 15, 2017 in New York City. He fielded questions from reporters about his comments on the events in Charlottesville, Virginia and white supremacists. (Photo by Drew Angerer/Getty Images)
US

NEW YORK—President Donald Trump said that the removal of confederate statues is changing history and culture.

At a press conference in Trump Tower on Aug. 15, Trump condemned violent protesters on both sides, which led to clashes over several hours, and to a driver killing one person and wounding 19 as he drove into a crowd, in Charlottesville, Virginia, on Aug. 12.

But Trump said that while he condemned neo-Nazis and white supremacists in the strongest terms, there were also some people who had come to protest legitimately.

“There were people protesting very quietly the taking down of the statue of Robert E. Lee,” he said.

“I’m not talking about the neo-Nazis and the white nationalists because they should be condemned totally.”

In his remarks the president questioned where the removal of the statues would end.

When asked who should decide on whether confederate statues should go he said “that’s up to a local town, community, or the federal government depending on where it’s located.”