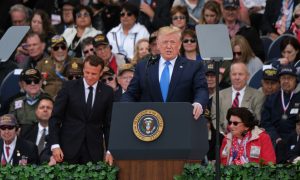 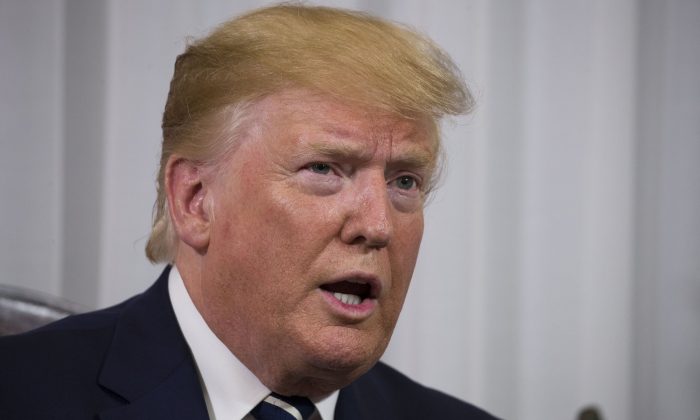 President Donald Trump said that special counsel Robert Mueller’s recent public appearance, during which he read a written statement and took no questions, did not go well.

Mueller’s report made a straightforward assessment of what was ostensibly its main aim: to probe the extent of Russian interference in the 2016 presidential election and figure out if Trump or his campaign colluded with Russian actors to win the election. The team found that some Russians did interfere in the election but stated that they could not establish conspiracy or cooperation between Trump’s team and Russian actors.

Mueller, though, left millions confused about the second part of the report, which laid out instances the team said may have constituted obstruction of justice, ultimately deciding not to charge Trump with a crime or recommend any charges but still claiming that they could not exonerate Trump, or prove him innocent.

Mueller said during the public appearance on May 29 that his team was limited by Department of Justice policy and could not charge the president with a crime.

“Under long-standing department policy, a president cannot be charged with a federal crime while he is in office. That is unconstitutional. Even if the charge is kept under seal and hidden from public view—that too is prohibited,” he said.

Attorney General William Barr recently said that he understood the Office of Legal Counsel’s opinion on the matter differently, stating, “The opinion says you cannot indict a president while he is in office, but he could’ve reached a decision as to whether it was criminal activity,” Barr said.

He also said the special counsel’s insistence that he didn’t find Trump not guilty “is not the standard we use at the department.”

Mueller also said at the press conference that he didn’t want to speak about the report in public again, including testifying before Congress.

Asked on June 6 whether he minds if Mueller testifies, Trump said he did not before criticizing House Speaker Nancy Pelosi (D-Calif.).

“Nancy Pelosi, I call her Nervous Nancy, Nancy Pelosi doesn’t talk about it,” Trump told Fox, referring to Pelosi avoiding talking about impeachment. “Nancy Pelosi is a disaster, okay? She’s a disaster. Let her do what she wants, you know what? I think they’re in big trouble.”

While Mueller has not agreed to testify before Congress, a top Democrat said this week that he thinks an agreement is close to completion.

If Mueller doesn’t come in soon, then a subpoena is on the table, Nadler added. And he does not want Mueller to testify in private.

“He has said … he’s willing to come and testify, make an opening statement and then testify only behind closed doors. We’re not willing to do that,” Nadler said. “We want him to testify openly. I think the American people need that. I think, frankly, it’s his duty to the American people. And we’ll make that happen.”