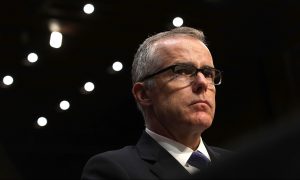 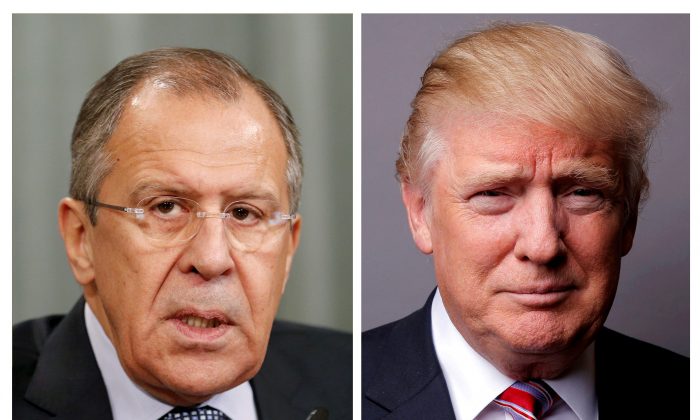 Trump Says He Had Right to Share Terror Facts With Russians

WASHINGTON—President Donald Trump on Tuesday defended his decision to disclose information to Russian officials during a White House meeting last week, saying he had an “absolute right” to share “facts pertaining to terrorism and airline flight safety.”

The president took to Twitter in reaction to a Washington Post article that, citing unnamed government sources, said that Trump had revealed highly classified information about a planned ISIS operation to Russian Foreign Minister Sergei Lavrov and Russian Ambassador Sergei Kislyak during a White House meeting on May 10.

Trump allegedly talked about ISIS plotting to use electronic devices like laptops or tablets to smuggle explosives onboard of planes.

“As President I wanted to share with Russia (at an openly scheduled W.H. meeting) which I have the absolute right to do, facts pertaining to terrorism and airline flight safety,” Trump said on Twitter. “Humanitarian reasons, plus I want Russia to greatly step up their fight against ISIS & terrorism.”

As President I wanted to share with Russia (at an openly scheduled W.H. meeting) which I have the absolute right to do, facts pertaining….

…to terrorism and airline flight safety. Humanitarian reasons, plus I want Russia to greatly step up their fight against ISIS & terrorism.

In a later tweet, Trump took aim at the “leakers,” who regularly disclose details of his dealings, including confidential information, to selected media organizations.

I have been asking Director Comey & others, from the beginning of my administration, to find the LEAKERS in the intelligence community…..

Trump weighed in personally the morning after his secretary of state, Rex Tillerson, and national security adviser, H.R. McMaster, issued statements saying no sources, methods, or military operations were disclosed at the Russian meeting.

McMaster said the story, initially reported by The Washington Post, was based on a false premise that the president did something inappropriate.

He said the only national security risk in the matter stems from the leak.

“I think the real issue and I think what I’d like to see really debated more is our national security has been put at risk by those violating confidentiality and those releasing information to the press that could be used, connected to other information available, to make American citizens and others more vulnerable,” he said at a May 16 press briefing.

The Kremlin also came to Trump’s defense on Tuesday, calling reports that he had disclosed classified material “complete nonsense.”

Two U.S. officials told Reuters that while the president has the authority to disclose classified information at will, in this case he did so without consulting the ally that provided it, which may jeopardize a long-standing intelligence-sharing agreement.

McMaster said he was “not concerned at all” that the ally would stop providing intelligence since what Trump did was above board.

The reports came days before Trump departs on Friday for his first overseas trip as president, to Saudi Arabia, Israel, Italy, and Belgium.

The two top Republicans in Congress, which is controlled by the party, House Speaker Paul Ryan and Senate Majority Leader Mitch McConnell, were muted in their response. Ryan’s office said he hoped for a full explanation, while McConnell told Bloomberg TV on Tuesday he wished for a little less drama from the White House.