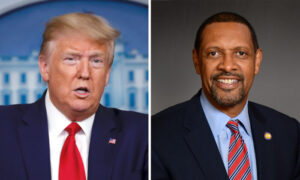 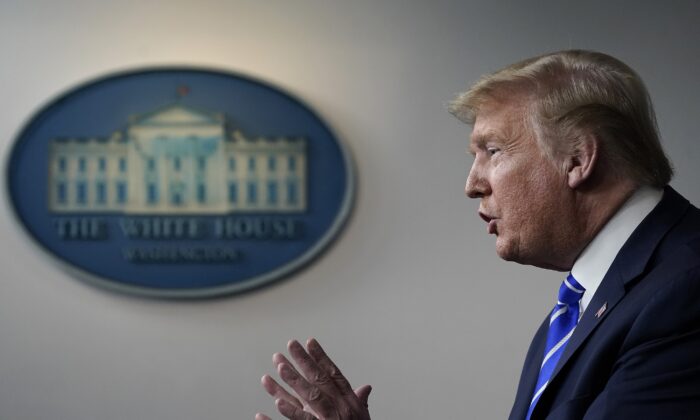 President Donald Trump said Friday that neither he nor Vice President Mike Pence gave a green light for Georgia Gov. Brian Kemp to reopen some businesses that fall outside of the reopening guidelines the White House issued last week.

Calling “FAKE NEWS!” on reports that he gave Kemp “an OK on those few businesses outside of the guidelines,” the president said that he did speak with the Republican governor recently.

“Spas, beauty salons, tattoo parlors, and barbershops should take a little slower path, but I told the Governor to do what is right for the great people of Georgia (and USA)!” he added in a tweet.

It wasn’t clear which businesses fall outside the guidelines, which say phase one of reopening can include large venues like restaurants, movie theaters, sporting venues, as well as gyms. Bars should remain closed. No other businesses are specifically mentioned.

Georgia Gov. Brian Kemp said Monday that his stay-at-home order would end on April 30 and unveiled a three-phase plan for reopening, citing the decline in emergency room visits for flu-like illnesses, and the flattening of new COVID-19 cases.

Restaurants, movie theaters, and private social clubs will be allowed to reopen on April 27 while bars, nightclubs, amusement parks, and concert venues will remain closed for the time being.

An anonymously-sourced report claimed Thursday that Trump and Pence told Kemp multiple times that they approved of his expanded reopening plan.

Trump publicly came out against Kemp’s plan on Wednesday, telling reporters at the White House, “I told the governor of Georgia Brian Kemp that I disagree strongly with his decision to open certain facilities.”

On Thursday, Trump said neither he nor medical experts wanted spas opened “at this early stage.”

Kemp’s plan is perhaps the quickest in the nation in terms of the number of businesses allowed to reopen, though a number of states have already started loosening restrictions or plan to in the coming days.

The governor responded to some of the president’s comments late Thursday, issuing a statement that said his team had been working closely with administration officials “to mitigate the impact of coronavirus in Georgia.”

Most businesses have remained open throughout the pandemic, Kemp said, asserting Georgia has been successful in combating the CCP (Chinese Communist Party) virus, a novel coronavirus that emerged from mainland China last year and causes the COVID-19 disease.

“Now, with favorable data and approval from state health officials, we are taking another measured step forward by opening shuttered businesses for limited operations. I know these hardworking Georgians will prioritize the safety of their employees and customers,” he said.

Georgia health officials said in their daily report on Friday that the state was up to 22,147 confirmed cases of COVID-19.

Over 4,000 patients have been hospitalized with the disease in the state while 892 deaths have been linked to it.