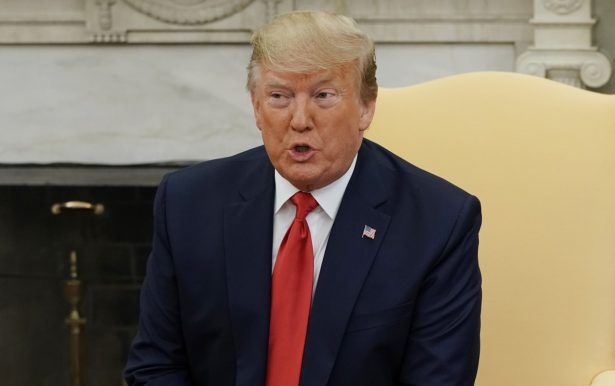 Trump Says China Has Not Purchased US Agricultural Goods as Promised

China has once again failed to meet its end of the bargain, stymieing the ongoing trade talks with the United States.

U.S. President Donald Trump wrote on his Twitter on July 11 that China is “letting us down” by not promptly buying more American farm goods as had been promised.

“They have not been buying the agricultural products from our great Farmers that they said they would. Hopefully they will start soon!” the president wrote.

Mexico is doing great at the Border, but China is letting us down in that they have not been buying the agricultural products from our great Farmers that they said they would. Hopefully they will start soon!

Trump and Chinese leader Xi Jinping met in Osaka, Japan, for the G-20 Summit in late June. After a bilateral meeting, Trump announced that a new round of tariffs would be put on hold after China agreed to make new purchases of U.S. farm products as the two sides returned to the negotiating table.

“China is going to be buying a tremendous amount of food and agricultural product, and they’re going to start that very soon, almost immediately. We’re going to give them lists of things that we’d like them to buy,” Trump said during a press conference in Osaka on June 29.

At that time, China’s state-run media did not report that it would be buying more U.S. agricultural goods. A Chinese statement said only that: “The U.S. side hopes China can import more from them.”

Prior to the trade war ceasefire, Trump had threatened to impose tariffs on an additional $325 billion of goods manufactured in China.

There has been a precedent of China backtracking on its trade promises during negotiations.

On May 10, $200 billion worth of Chinese goods began to be subjected to a new tariff rate of 25 percent—a hike from 10 percent—after Trump announced the unexpected move five days earlier on Twitter. In subsequent remarks, U.S. officials said that China had reneged on commitments it made during previous rounds of negotiations.

In March 2018, a Section 301 investigation, conducted by the U.S. Trade Representative’s office, concluded that Beijing was engaging in state-sponsored theft and the forced transfer of U.S intellectual property. That investigation prompted the U.S. administration to impose punitive tariffs on $250 billion worth of Chinese imports, precipitating the current trade war.

On the morning of July 11, Trump’s economic advisor Larry Kudlow told reporters at the White House that “our side expects China very soon to start purchasing American agriculture, commodities, crops, goods, and services.”