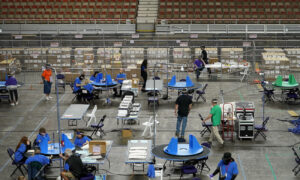 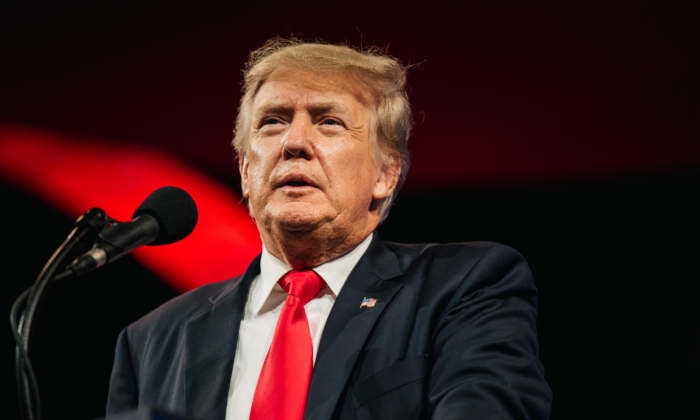 Former President Donald Trump issued a statement on Friday saying that the Arizona Senate hearings on the Maricopa County election audit show sufficient levels of fraud and voting irregularities to change the outcome of the presidential election.

“Arizona has strong State Senators willing to fight for the truth,” Trump said in a July 16 statement, adding that the hearing “shows Fraud and Voting Irregularities many times more than would be needed to change the outcome of the Election.”

The former president also took aim at media outlets reporting “no fraud” found in the presidential election while citing several lawmakers calling for the election to be decertified.

Doug Logan, CEO of Cyber Ninjas, told senators at the Arizona state Capitol that auditors could find no record of the county sending more than 74,000 mail-in ballots. He also said auditors found approximately 18,000 people voted but were removed from voter rolls “soon after the election, 11,326 people who were not on the voter rolls on Nov. 7, 2020, but appeared on the rolls on Dec. 4, 2020, and 3,981 people who voted after registering after Oct. 15, 2020.”

“Even though they are voting in person, their ballots are treated the same as those mailed in—sealed in an envelope and signed by the voter,” the spokesman said.

The July 15 testimony, given in front of Fann and Sen. Warren Peterson, chairman of the state Senate’s Judiciary Committee, triggered a push to conduct a new election in the state, where official records show President Joe Biden received around 10,500 more votes than Trump out of some 3.4 million ballots cast.

Trump, in a July 16 statement, cited Rogers as saying that, “I have heard enough. It’s time to decertify this election.”

Meanwhile, Fann told OANN that the state legislature lacks the authority to recall electors, adding that the audit’s findings will be turned over to Congress and attorneys general at state and federal levels.

At the hearing, the auditors said they want ballot envelope images, router images, splunk logs, hard drives that contain information about the 2020 election in Maricopa County, and details on the county’s policies and procedures as they try to complete their forensic audit.

Arizona county election officials, meanwhile, have identified 182 cases of potential voter fraud, with four cases leading to charges and, as yet, no convictions, according to the Associated Press. Most of the cases identified involved people casting a ballot for a relative who had died or people who tried to cast two ballots.

“The fact of the matter is that election officials across the state are highly invested in helping to ensure the integrity of our elections and the public’s confidence in them,” said Arizona Secretary of State Katie Hobbs, a Democrat, according to the Associated Press. “And part of that entails taking potential voter fraud seriously.”