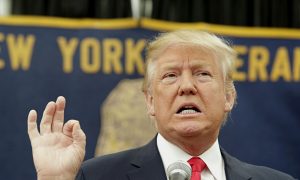 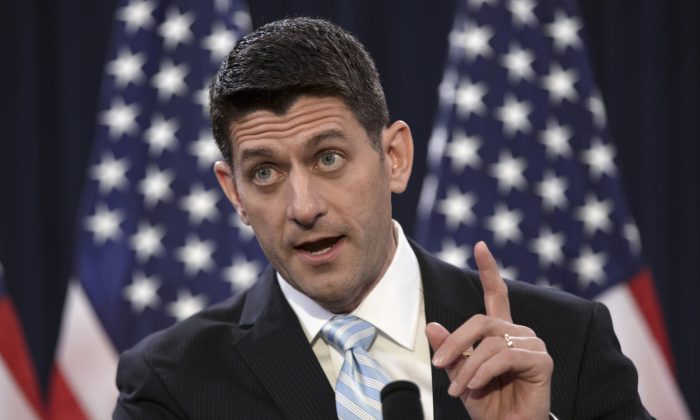 Trump, Ryan Prepare to Meet as Republicans Call for Unity

WASHINGTON—Donald Trump and House Speaker Paul Ryan are sitting down face-to-face for the first time, a week after Ryan stunned Republicans by refusing to back the mercurial billionaire for president.

The much-anticipated meeting Thursday morning will play out as polls suggest Republican voters are getting behind Trump, who effectively clinched the nomination last week. GOP lawmakers are increasingly calling for the party to end its embarrassing bout of infighting and unite to beat likely Democratic nominee Hillary Clinton in November, and many want to see Ryan get on board.

Ahead of the meeting, Ryan insisted party unity was his goal, too.

“I don’t really know him,” Ryan said of Trump, noting they’ve met in person only once, briefly, at a fundraiser in 2012 when Ryan was his party’s vice presidential nominee. “We just need to get to know each other.”

For his part Trump insisted defiantly that he doesn’t need the blessing of Ryan or other Republican leaders wary of the candidate.

“If we make a deal, that will be great,” Trump told Fox News Channel. “And if we don’t, we will trudge forward like I’ve been doing and winning all the time.”

Indeed, a broader swath of Republican voters appears to be moving behind Trump, despite big-name holdouts such as Ryan, both former president Bushes and the party’s 2012 nominee, Mitt Romney. Romney launched a new attack on Trump Wednesday over his refusal thus far to release his taxes, calling it “disqualifying” and asserting that the only explanation must be “a bombshell of unusual size.”

Still, almost two in three Republican-leaning voters now view Trump favorably, compared with 31 percent who view him unfavorably, according to a national Gallup Poll taken last week. The numbers represent a near total reversal from Gallup’s survey in early March.

And on Capitol Hill, where Ryan has managed to remain popular since taking over as speaker last fall, a number of Republicans made clear that they would like to see him come around to supporting Trump sooner rather than later.

Senate Majority Leader Mitch McConnell, R-Ky., who is meeting separately with Trump Thursday along with other GOP leaders, was quick to embrace the mogul after he clinched the nomination and said this week that Trump is looking like he’ll be “very competitive” in November.

“If Paul had come out and said he was going to support our nominee after the convention, whoever that is, there’d be no story,” said Rep. Mick Mulvaney of South Carolina, a leader in the conservative Freedom Caucus. “And now we have to deal with the story.”

Many Republican lawmakers made clear that Clinton herself is Trump’s No. 1 ally when it comes to producing GOP unity. For these lawmakers, backing Trump is a no-brainer if the other choice is Clinton.

“This great nation cannot endure eight more years of Democrat control of the White House,” the GOP chairs of seven House committees wrote in a joint statement released Wednesday night by the Trump campaign. “It is paramount that we coalesce around the Republican nominee, Mr. Donald J. Trump.”

“He knows the most important part of his job is leading us and helping us retain the majority. I don’t see how being at odds with your nominee helps you achieve that objective,” Cole said of Ryan. “So I think in the end they will find common ground.”

In a closed-door GOP meeting Wednesday a number of Republicans stood up and argued in support of Trump, with one saying that anyone who cares about “unborn babies” should get behind him because of the likelihood the next president will make Supreme Court appointments, and Trump’s would be better than Clinton’s, according to lawmakers present.

Others expressed reservations, and asked Ryan to raise concerns with Trump about where he really stands on social issues and budgetary policies, including changes to Social Security and Medicare.

Trump has said in the past that he doesn’t want to touch Social Security or Medicare, whereas Medicare cuts have been a centerpiece of GOP budgets Ryan has shepherded over the years.