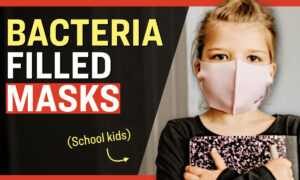 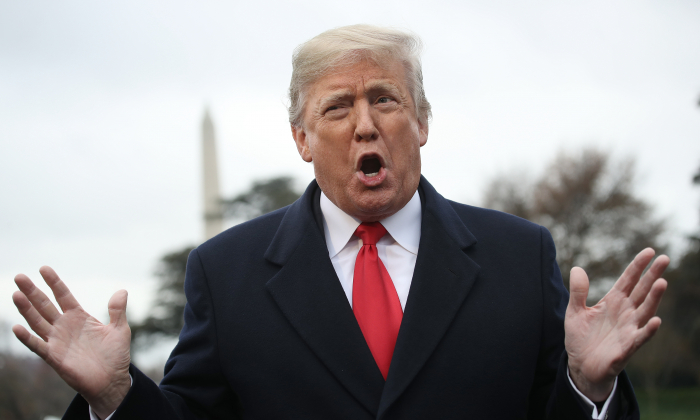 President Donald Trump answers questions from the press while departing the White House on November 26, 2018 in Washington, DC. (Win McNamee/Getty Images)
US

WASHINGTON–President Donald Trump on Nov. 26 rejected projections that climate change will cause severe harm to the U.S. economy, findings outlined in a congressionally mandated report by the U.S. government published last week.

The report stated that climate change will cost the country’s economy billions of dollars by the end of the century, but Trump said he does not believe the economic impacts will be devastating.

“I’ve seen it, I’ve read some of it, and it’s fine,” he told reporters at the White House. Asked about severe economic impacts, he said, “I don’t believe it.”

Last year, Trump announced his intent to withdraw the United States from the 2015 Paris Deal to combat climate change, though the country cannot do so until after the 2020 presidential election.

Trump has also rolled back Obama-era environmental and climate rules such as the Clean Power Plan, while seeking to boost output of oil, gas, and coal for domestic use and for shipping to allies and partners. U.S. output of crude oil is already the highest in the world, above Saudi Arabia and Russia.

The report, written with the help of more than a dozen U.S. government agencies and departments, said the effects of climate change would harm human health, damage infrastructure, limit water availability, alter coastlines, and increase costs in various industries.

There is no consensus among scientists about the key issues related to climate change and global warming. Trump is not alone in dismissing the theory that human use of fossil fuel will lead to catastrophe.

“The scientific evidence and conclusions reported by climate scientists are far different than what the environmental left and their legacy media allies would like the public to believe,”James Taylor, a senior fellow at the Heartland Institute, said in a statement.