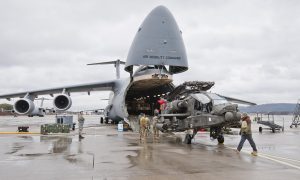 Defense Spending by European NATO Allies Inches up in 2016
0 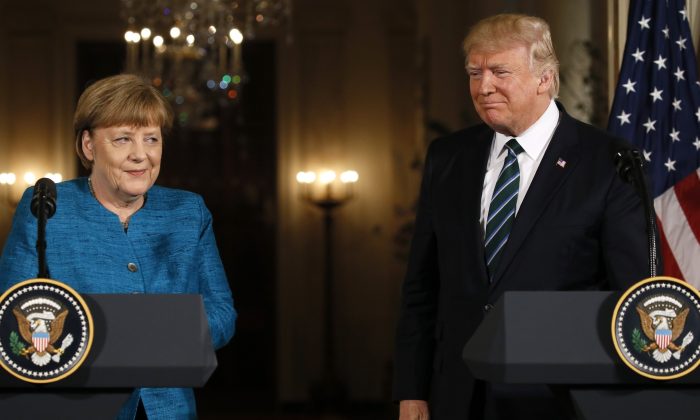 The meeting between the leader of Europe’s largest economy and the U.S. president was billed as one that could help determine the future of the transatlantic alliance and shape their working relationship.

“I reiterated to Chancellor Merkel my strong support for NATO as well as the need for our NATO allies to pay their fair share for the cost of defense,” Trump said at a joint news conference with Merkel.

“We held a conversation where we were trying to address also those areas where we disagree, but we tried to bring people together … (and) tried to find a compromise that is good for both sides,” Merkel said.

Trump said he “very seldom” regrets anything he tweets, brushing off questions about his claims without evidence that his predecessor, Democrat Barack Obama, wiretapped him during last year’s presidential campaign.

Trump said, “At least we have something in common,” apparently referring to reports during Obama’s presidency that the United States bugged her phone. Congressional leaders from both political parties say they do not believe Trump was wiretapped.

Earlier, the new U.S. president greeted the long-serving stateswoman at the White House with a handshake before they began talks in the Oval Office. Both leaders described their meeting in brief remarks to reporters as having been very good.

The meeting is consequential for both sides.

As a presidential candidate, Trump criticized Merkel for allowing hundreds of thousands of refugees into Germany. At the news conference, Merkel hinted at differences, saying: “This is obviously something we had an exchange of views about.”

Defense Spending by European NATO Allies Inches up in 2016

Relationship building is a less overt but important agenda item. Merkel had close relations with Trump’s Democratic and Republican predecessors, Barack Obama and George W. Bush, and she is likely to seek a strong working relationship with Trump despite major policy differences and wariness in Germany about the former New York businessman.

“Those who know the chancellor know that she has a knack for winning over people in personal discussions. I am sure that Donald Trump will not be immune,” said Juergen Hardt, a conservative lawmaker who helps coordinate transatlantic relations for the German government.