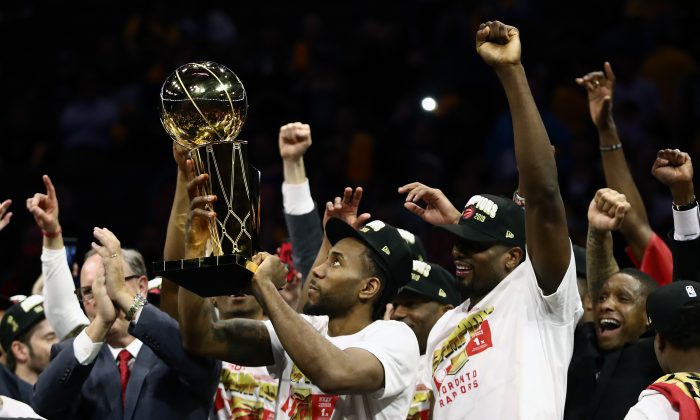 President Donald Trump took time to weigh in on the shocking trade and signing pulled off by the Los Angeles Clippers early July 6.

The Clippers also secured an agreement with free agent Kawhi Leonard, one of the top players in the NBA.

According to ESPN, Leonard wanted to play with another superstar and met with George recently before telling Los Angeles he’d sign there if the team was able to obtain George.

ESPN reporter Adrian Wojnarowski said later Saturday that “Leonard wanted to play for Doc Rivers, a coach with whom he could feel a kinship that existed with Toronto Raptors president Masai Ujiri.”

A Twitter account posted a link to a story after the agreements were reported that called Rivers “a big winner.” That link was shared by President Trump.

Rivers, 57, is a longtime coach who won an NBA championship with the Boston Celtics in 2008. He’s been the coach of the Clippers since 2013, when the team acquired him for a first-round draft pick.

The president is known for weighing in on all sorts of issues through his Twitter account but rarely comments on sports.

Trump has been active on Twitter for years, well before he announced his campaign for president, and has continued his regular usage of the social media website after becoming POTUS.

Trump also shared a post by the New York Times sports section about a conversation with Jerry West, who in 2017 became a front office adviser for the Clippers.

Jerry will be getting the Presidential Medal of Freedom, well deserved! https://t.co/45YXTurlQJ

“Don’t be afraid to make that tough decision if you need to,” Clippers owner Steve Ballmer told The Times last year, recalling what West told him.

West helped build the Golden State Warriors into the best team in the league before joining the Clippers.

Trump commented on the story, writing, “Jerry will be getting the Presidential Medal of Freedom, well deserved!”

The president is at his golf course in Bedminster, New Jersey. He and First Lady Melania Trump arrived there on Friday.

Joe Biden is a reclamation project. Some things are just not salvageable. China and other countries that ripped us off for years are begging for him. He deserted our military, our law enforcement and our healthcare. Added more debt than all other Presidents combined. Won’t win!

Trump wrote three other posts on Twitter on Saturday morning, one about the recent death of West Virginia coal executive Chris Cline, calling Cline “a wonderful man and a great Republican!”

Trump also continued his recent attacks on former vice president Joe Biden, writing: “Joe Biden is a reclamation project. Some things are just not salvageable. China and other countries that ripped us off for years are begging for him. He deserted our military, our law enforcement and our healthcare. Added more debt than all other Presidents combined. Won’t win!”