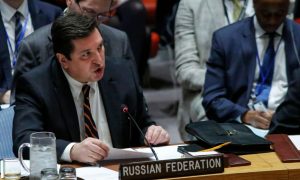 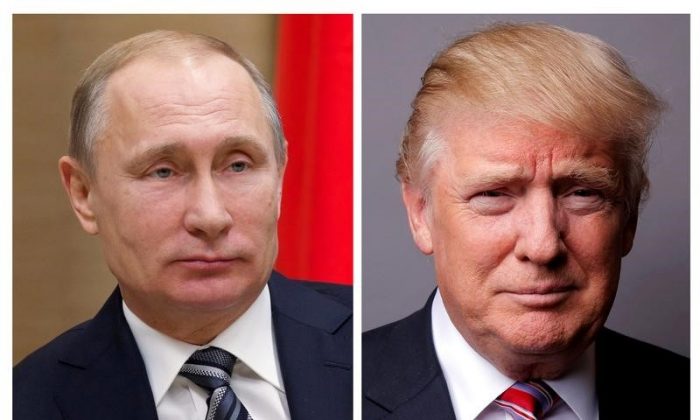 WASHINGTON/MOSCOW—President Donald Trump and Russian President Vladimir Putin on Tuesday moved to ease the tension from U.S. air strikes in April against Russian ally Syria, expressing a desire for a Syrian ceasefire and safe zones for the civil war’s refugees.

The two leaders spoke by phone for the first time since U.S. relations with Russian were strained by the U.S. attack on a Syrian airfield. The two leaders set the foundation for what could be their first face-to-face meeting in July.

Statements from both the White House and the Kremlin suggested the two leaders had a productive conversation that included North Korea and fighting radical Islamic terrorists throughout the Middle East.

A senior Trump administration official said Putin had requested the call and described it as an effort to present his ideas for Syria.

The attacked prompted protests from Assad ally Russia, which blamed Syrian rebels for the use of outlawed nerve gas and said Assad was not at fault.

The White House said the two leaders agreed that “all parties must do all they can to end the violence” in Syria.

“The conversation was a very good one, and included the discussion of safe, or de-escalation, zones to achieve lasting peace for humanitarian and many other reasons,” a White House statement said.

Trump during his presidential campaign last year frequently said he wanted safe zones established for Syrian refugees, paid for by Gulf states, to alleviate any need for the refugees to move elsewhere, including to the United States.

Candidate Trump had also expressed a desire for a U.S. alliance with Russia to fight radical Islamic terrorists, a goal that has been elusive since he took office on Jan. 20.

With a ceasefire ever elusive in Syria, the White House said Washington would send a representative to ceasefire talks in Astana, Kazakhstan, on Wednesday and Thursday.

The State Department said acting Assistant Secretary for Near Eastern Affairs Stuart Jones will attend as an observer.

The decision to send Jones to the talks, even as an observer, is an indication that the United States is taking the Astana talks more seriously. Previously, the U.S. ambassador to Kazakhstan George Krol had attended the talks as an observer.

The Kremlin said Putin and Trump agreed to step up dialogue on finding ways to strengthen a ceasefire and give it stability.

“The aim is to create the conditions for the launch for a real resolution process in Syria. This means that the Russian foreign minister and U.S. secretary of state will effectively inform the leaders about progress in this direction.”

The White House statement said Trump and Putin also “spoke about how best to resolve the very dangerous situation in North Korea.”

With North Korea’s nuclear and ballistic missile programs posing a major global challenge, the two leaders also discussed how to go about resolving a crisis that has raised tensions throughout the Asia-Pacific.

Trump told Reuters in an interview last week that a “major, major conflict” was possible with North Korea, amping up pressure on Pyongyang to stand down and for the Chinese regime to rein in the north.

“The dangerous situation on the Korean peninsula was discussed in detail. Vladimir Putin called for restraint and for the level of tension to be reduced,” the Kremlin said.

The two leaders also discussed having a their first face-to-face meeting on the sidelines of the G20 summit in Hamburg July 7-8, the Kremlin said.