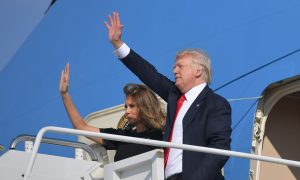 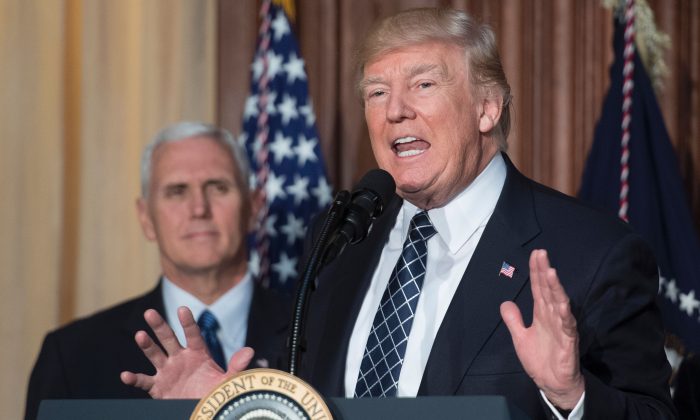 Source: Trump Pulling US Out of Paris Climate Deal

WASHINGTON—President Donald Trump will follow through on a campaign pledge to pull the United States out of a global pact to fight climate change, a source briefed on the decision told Reuters, a move that should rally his support base at home while deepening a rift with U.S. allies.

Trump did not confirm the decision in a post on Twitter, saying only, “I will be announcing my decision on the Paris Accord over the next few days.”

Trump had refused to endorse the landmark climate change accord at a summit of the G7 group of wealthy nations on Saturday, saying he needed more time to decide. He then tweeted that he would make an announcement this week.

The decision could have sweeping implications for the deal, which relies heavily on the commitment of big polluter nations to reduce emissions of gases scientists blame for sea level rise, droughts and more frequent violent storms.

The accord, agreed on by nearly 200 countries in Paris in 2015, aims to slash carbon dioxide and other emissions from the burning of fossil fuels. Under the pact, the United States committed to reducing its emissions by 26 to 28 percent from 2005 levels by 2025.

Axios news outlet, which first reported the withdrawal, said details of the pullout are being worked out by a team that includes EPA Administrator Scott Pruitt. The choice is between a formal withdrawal that could take three years or leaving the U.N. treaty that the accord is based on, which would be quicker but more extreme, according to the Axios report.

The decision to withdraw from the climate accord was influenced by a letter from 22 Republican U.S. senators, including Majority Leader Mitch McConnell, calling for an exit, Axios reported.

Former President Barack Obama, who helped broker the accord, praised the deal during a trip to Europe this month.

The United States is the world’s second-biggest carbon dioxide emitter behind China.

Supporters of the climate pact are concerned that a U.S. exit could lead other nations to weaken their commitments or also withdraw, softening an accord that scientists have said is critical to avoiding the worst impacts of climate change.

Canada, the European Union, and China have said they will honor their commitments to the pact even if the United States withdraws. A source told Reuters that India had also indicated it would stick by the deal.

Trump had vowed during his campaign to “cancel” the Paris deal within 100 days of becoming president, as part of an effort to bolster U.S. oil and coal industries. That promise helped rally supporters sharing his skepticism of global efforts to police U.S. carbon emissions.

After taking office, however, Trump faced pressure to stay in the deal from investors, international powers and business leaders, including some in the coal industry. He also had to navigate a split among his advisers on the issue.

Trump aides including Steve Bannon, Stephen Miller, lawyer Don McGahn and Peter Navarro, along with EPA chief Pruitt, argued hard for leaving the accord. They said the deal would require the U.S. government to regulate greenhouse gas emissions, which would hurt business.

The “stay-in” camp, which included Trump’s daughter Ivanka, chief economic adviser Gary Cohn, and Energy Secretary Rick Perry, had argued the United States could reduce its voluntary emission-cuts targets while still keeping a voice within the accord.

Oil majors Shell and Exxon Mobil have also supported the Paris pact, along with a number of Republican lawmakers. Several big coal companies, including Cloud Peak Energy, had publicly urged Trump to stay in the deal as a way to help protect the industry’s mining interests overseas, though others asked Trump to exit the accord to help ease regulatory pressures on domestic miners.

Trump has repeatedly expressed doubts about climate change, at times calling it a hoax to weaken U.S. industry. An overwhelming majority of scientists, however, say climate change is driven by human use of fossil fuels.