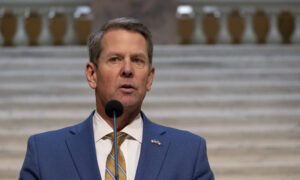 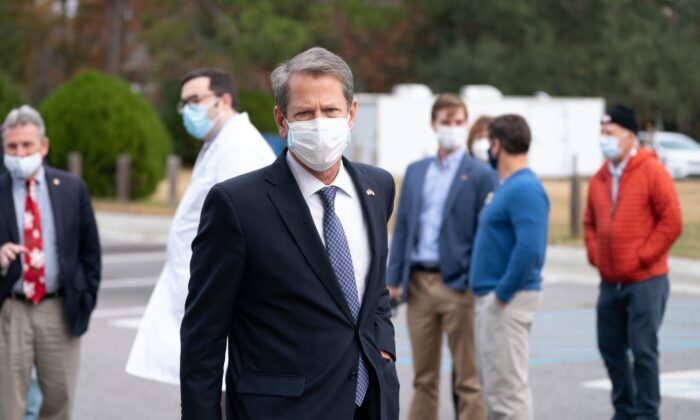 “I’ll be here in about a year-and-a-half campaigning against your governor, I guarantee you,” he said at a rally for Sen. Kelly Loeffler (R-Ga.) and Republican Senate candidate David Perdue, drawing cheers.

Trump noted how he endorsed Kemp, a fellow Republican, in 2018.

“He was in last place and I endorsed him. He went to first place very, like, immediately and then he won the primary, and then I gave him a couple of rallies, which I don’t like doing for other people,” Trump said.

“I’m going to be here in a year-and-a-half and I’m going to be campaigning against your governor and your crazy secretary of state, and you have great candidates,” he added.

Trump has repeatedly criticized Kemp and Georgia Secretary of State Brad Raffensperger, a Republican, for their handling of the 2020 election.

Kemp has defended his actions, saying he’s abiding by state law and the U.S. Constitution. He has tried to shift the focus to the Georgia Senate runoffs, telling reporters last week that’s what he was focused on. But he also asserted that Trump’s lawyer Rudy Giuliani “doesn’t know the Georgia Bureau of Investigation very well,” responding to Giuliani’s testimony at a recent state Senate committee hearing.

Raffensperger has pushed back on Trump’s allegations and criticism. After a call between him and the president was leaked to the media this week, he told ABC’s “Good Morning America” that Trump’s claims are “just plain wrong.”

“It was pretty obvious very early on that we debunked every one of those theories that had been out there, but President Trump continues to believe them,” he added.

In a press conference later in the day, which Raffensperger did not attend, an official from his office said he screamed when he heard the call.

Trump has asked for signature verification to be done in Fulton County; officials conducted a verification in Cobb County, but have not done so for Fulton. He has also said numerous dead people voted in Georgia, along with double voters, and pointed to how ballots were counted on Election Night for over an hour with no observers present.

Democratic presidential nominee Joe Biden was certified the winner of Georgia by about 12,300 votes. Trump says he won the state.

“There’s no way we lost Georgia,” he said Monday. “This was a rigged election, but we’re still fighting it and you’ll see what’s going to happen.”