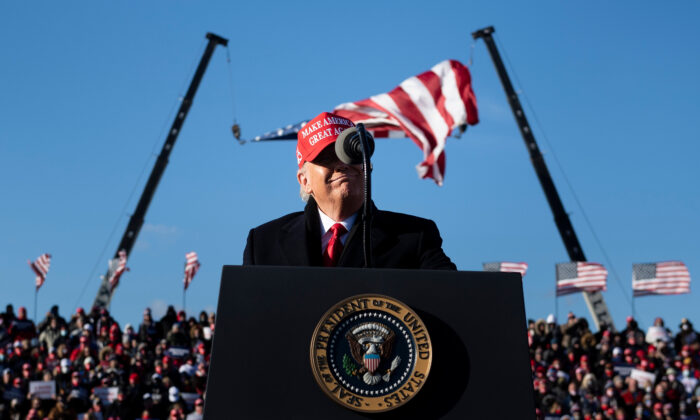 President Donald Trump is projected to win nine Southern states that he had been expected to win.

Several battlegrounds in the South haven’t yet been called, including Georgia, North Carolina, and Texas.

Earlier in the day, Florida Gov. Ron DeSantis, a Republican, predicted that Trump would achieve victory in the state, saying the result should be known by the end of Tuesday night.

“What we’re looking at going into Election Day is Democrats have a little bit more than a 100,000 ballot advantage,” DeSantis said on a podcast Tuesday.