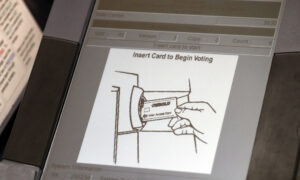 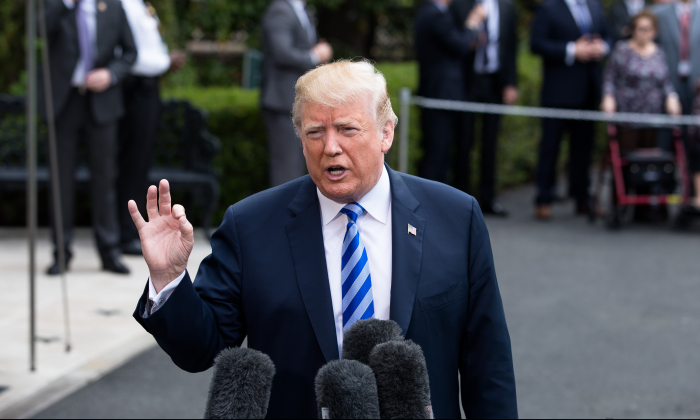 President Donald Trump talks to the media before boarding Marine One on the South Lawn of the White House in Washington en route to Dallas, Texas, where he will give remarks at the National Rifle Association Leadership Forum on May 4, 2018. (Samira Bouaou/The Epoch Times)
Trump Administration

President Donald Trump praised conservative speaker Candace Owens on Wednesday, May 9, and said that she is having a great impact on American politics.

“Candace Owens of Turning Point USA is having a big impact on politics in our Country,” Trump wrote on Twitter.

“She represents an ever expanding group of very smart ‘thinkers,’ and it is wonderful to watch and hear the dialogue going on,” he added. “So good for our Country!”

“I am truly honored and humbled by this,” Owens wrote in response to Trump on Twitter. “I was just a girl on YouTube who had an idea that black people could rise above the victim narrative and embrace the opportunities of our future.”

“This tweet is an affirmation I will never forget,” she added. “Thank you, Mr. President.”

Although she was already famous in conservative circles, Owens was vaulted into the national spotlight last month after rapper Kanye West wrote a Twitter message about her.

Mainstream media heaped scorn on both West and Owens after the tweet and labeled them “far-right.” Owens fired back a clarification.

“Far right? Allow me to clarify: I believe the black community can do it without hand-outs. I believe the Democrats have strapped us to our past to prevent us from our futures. And I won’t stop fighting until all black Americans see that,” she wrote on April 21. “I’m not far right—I’m free.”

“Victim mentality is not cool. I don’t know why people like being oppressed,” she said, gesturing to the hecklers. “You’re not living through anything right now. You’re overly privileged Americans.”

West mirrored some of Owens’s thought in several tweets.

“Self victimization is a disease,” he wrote in a tweet on April 22.

“There was a time when slavery was the trend and apparently that time is still upon us,” he wrote in another message. “But now it’s a mentality.”

Left-wing commentators attacked both Owens and West for their tweets. When asked about the attacks on Fox News on April 22, Owens said that the backlash is a common left-wing tactic.