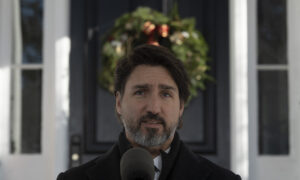 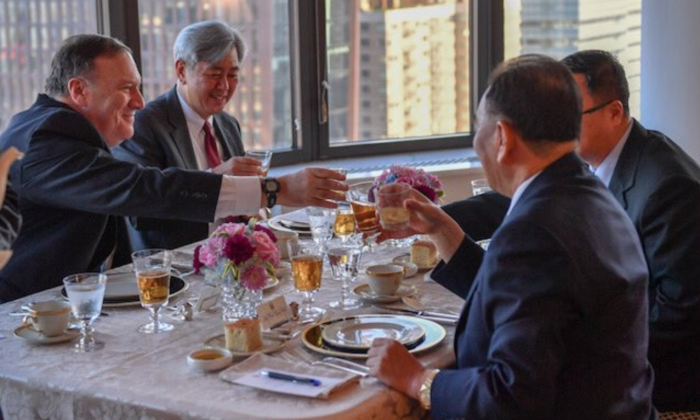 The president also revealed that the North Korean delegation will travel to Washington on Friday to deliver him a personal letter from North Korean leader Kim Jong Un.

Asked if a deal was taking shape, Trump said he wasn’t sure.

Pompeo and Kim Yong Chol met for dinner high up in a skyscraper in New York City as the sun set on Wednesday.

Early on Thursday, Pompeo said that the potential summit between Kim Jong Un and Trump presents the communist regime “with a great opportunity to achieve security and economic prosperity.”

“The people of North Korea can have a brighter future and the world can be more peaceful,” Pompeo wrote on Twitter.

The meeting between Trump and Kim was set to take place on June 12 in Singapore. The date is now in the air after Trump walked away from the summit after hostile rhetoric from Pyongyang.

The cancellation played well for Trump since preparations kicked into a high gear after he headed for the doors. American and North Korean delegations are holding meetings in New York City and in North Korea while an advance team from Washington is making preparations in Singapore.

The United States is seeking complete, verifiable, and irreversible denuclearization of North Korea.

On Wednesday, the Department of State released its annual report on religious freedom around the world. The report criticized North Korea sharply and concluded that “there was an almost complete denial by the government of the right to freedom of thought, conscience, and religion, and in many instances, violations of human rights committed by the government constituted crimes against humanity.”

Reports surfaced on Wednesday that footage of Kim Jong Un weeping over his country’s abysmal economy was reportedly shown among the country’s top government brass.

On May 30, an unnamed North Korean defector told Japanese newspaper The Asahi Shimbun that the video was featured in a documentary to “educate party officials who lead the lowest rungs of the leadership apparatus or state-run enterprises.”

The footage, which surfaced in April, pictured Kim “standing on an unspecified stretch of coastline gazing toward the horizon as tears trickle down his cheek,” the paper reported, citing the defector, who once worked for North Korea’s ruling Workers’ Party.

A narrator in the video explains that Kim is “distraught” over his failure to boost the economy. The defector was given knowledge about the video from a contact who is currently in North Korea.

Kim’s rare public display of emotion is an indication that the international sanctions spearheaded by Trump are having a significant impact.