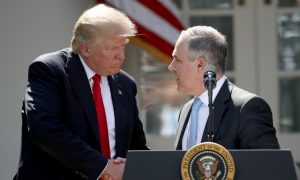 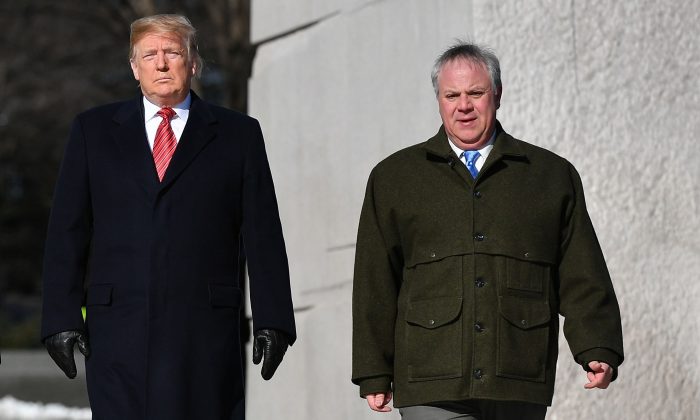 “David has done a fantastic job from the day he arrived, and we look forward to having his nomination officially confirmed,” Trump said on Twitter.

Bernhardt would replace Ryan Zinke, who announced his resignation in December while under a cloud of ethics investigations.

The Interior Department, which employs more than 70,000 people and oversees more than 20 percent of the U.S. land surface, has been central to Trump’s “energy-dominance” policy of boosting energy production.

As Zinke’s deputy, Bernhardt played a role in efforts to open Alaska’s Arctic National Wildlife Refuge to oil drilling, ease Obama-era protections on a bird called the greater sage grouse to boost drilling and mining across the West, and open federal lands to leases for coal mining.

Ann Navaro, a former Department of Interior official who served in the Obama and Trump administrations and worked closely with Bernhardt, said he is a rare “lawyer’s lawyer” who prepares thoroughly for meetings, often being the only one in a room to have read full environmental assessments of projects and plans.

Bernhardt, who prefers conservative suits to Zinke’s cowboy hats and boots, also worked a series of jobs at the Interior Department under former President George W. Bush from 2001 to early 2009, including as the department’s solicitor.

After working in the Bush administration, Bernhardt became a lawyer and lobbyist at Brownstein Hyatt Farber Schreck for water and oil interests. He represented Noble Energy Inc., Rosemont Copper Co., Sempra Energy, and California’s Westlands Water District, among others.

If Bernhardt is confirmed as secretary, it would mirror the change at the Environmental Protection Agency where last July, acting Administrator Andrew Wheeler, a former coal lobbyist, replaced Scott Pruitt, who stepped down after a series of probes into his conduct. Wheeler is a staunch proponent of Trump’s energy-dominance agenda to produce oil, gas, and coal for both domestic use and export.