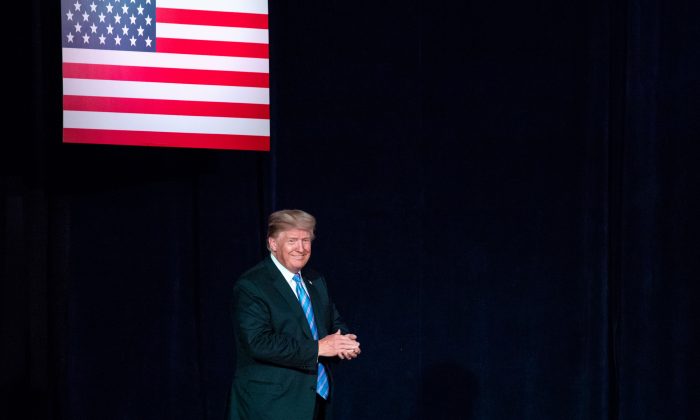 Before the pardons, the father and son were serving five-year sentences for setting a fire that spread to public land. The pair had served lighter sentences but were re-sentenced to the mandatory five-year term after an unusual appeal by Obama administration prosecutors.

“The evidence at trial regarding the Hammonds’ responsibility for the fire was conflicting, and the jury acquitted them on most of the charges,” Sanders said in a statement.

Dwight Hammond, 76, has served three years in prison, and his son, Steven Hammond, has served four years. They also paid $400,000 to settle a related lawsuit.

“The Hammonds are devoted family men, respected contributors to their local community, and have widespread support from their neighbors, local law enforcement, and farmers and ranchers across the West,” Sanders said. “Justice is overdue for Dwight and Steven Hammond, both of whom are entirely deserving of these Grants of Executive Clemency.”

The resentencing of the Hammonds led to an armed occupation by their supporters of a federal wildlife refuge. The activists were led by Ammon and Ryan Bundy, who the Hammonds never endorsed.

The occupation started on Jan. 2, 2016, after a peaceful march by an armed U.S. militia group. After the protest, a group split off from the crowd and settled in the Malheur National Wildlife Refuge, taking defensive positions.

Ammon Bundy said he received a divine message to lead the occupation. The group demanded that the government cede control of the land and threatened armed conflict.

The Hammonds disavowed the occupation and reported to serve the rest of their five-year sentences.

Bundy and four other protesters were arrested three weeks after the start of the occupation while driving on a remote highway 50 miles north of the refuge. One of the protesters, Robert “LaVoy” Finicum, was shot and killed during the arrest.

The last four protesters surrendered to police on Feb. 11, 2016. A total of 26 people were charged with a single count of conspiracy.