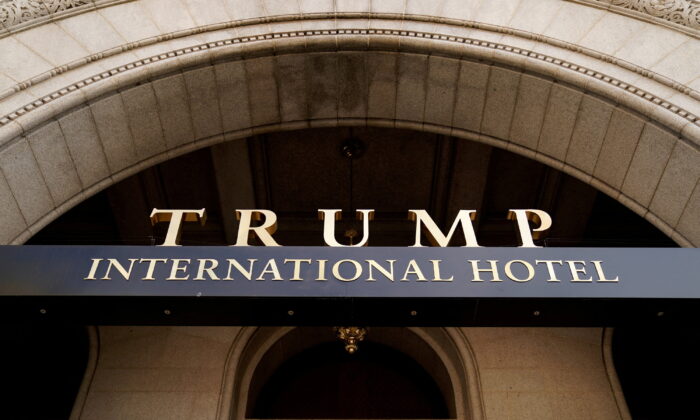 The Trump International Hotel is seen in Wash., on Sept. 28, 2020. (Erin Scott/Reuters)
Companies

The Trump Organization said on Wednesday that it completed the $375 million sale of the lease on the Trump International Hotel in Washington to an investment firm that plans to rebrand the property as the Waldorf Astoria.

The business owned by the family of former President Donald Trump bought the rights in 2013 to the hotel, housed inside in the historic Old Post Office Building blocks away from the White House, and renovated it. The building itself is still owned by the federal government.

In March, the U.S. General Services Administration, which acts as the federal government’s landlord, approved the sale of the rights by the Trump Organization to Miami-based CGI Merchant Group.

Trump is projected to gain $100 million from the transaction.

The Trump International Hotel served as a gathering point for Trump’s supporters and some foreign government officials during his time in the White House.

In 2016 Donald Trump was elected president and later handed over day-to-day operations of the Trump Organization to two of his sons, though he did not formally divest himself from the business during his term, which ended in early 2021.

The Trump Organization and Trump’s 2017 U.S. presidential inaugural committee recently agreed to pay $750,000 to settle a lawsuit brought by the District of Columbia’s attorney general claiming the family-owned hotel received excessive payments from the committee.