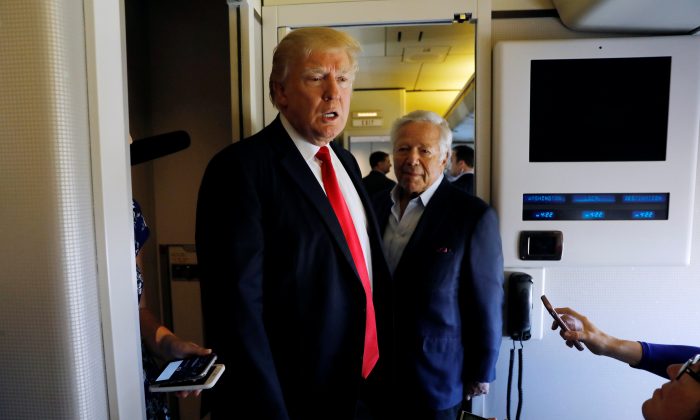 U.S. President Donald Trump speaks to reporters with New England Patriots owner Robert Kraft at his side aboard Air Force One as he departs West Palm Beach, Florida, U.S., to return to Washington on March 19, 2017. REUTERS/Kevin Lamarque
International

Trump made the comments to reporters while departing his Mar-a-Lago resort in Florida, where he spent the weekend. Trump said administration officials had meetings during the weekend about North Korea, among other issues.